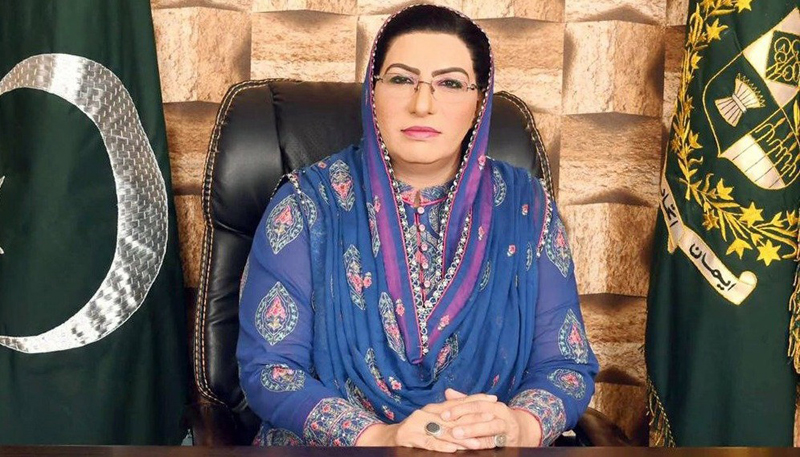 SIALKOT: Special Assistant to Chief Minister (SACM) on Information Dr Firdous Ashiq Awan has said that Prime Minister Imran Khan is fighting the case of Kashmiri at the international forums.

Addressing a press conference here on Sunday, she said the PM was the only hope of Kashmiris. She said the people of occupied Kashmir were looking towards the leadership of Pakistan. Imran Khan is the lawyer, ambassador and brave spokesman for Kashmiris, and he had successfully exposed Narendra Modi’s extremist face around the world, she added.

Dr Firdous said PM Imran Khan fought the war of oppressed Kashmiris with courage, bravery and was still fighting the case of martyrs and the Kashmiri freedom-fighters successfully.

The SACM expressed her hope that Pakistan Tehreek-e-Insaf (PTI) would form a government in Azad Kashmir with the power of ballot paper. She said the opposition political parties were challenging Prime Minister Imran Khan instead of Modi by doing negative politics on Kashmir.

She said the Maryam’s narrative was being used by the Indian media against Pakistan Army.

“Rajkumari” should avoid irresponsible statements on the sensitive issue, she added.

Dr Firdous said that the past governments failed to provide the people of AJK their basic rights.

Dr Firdous said the AJK prime minister was misusing funds in the election campaign. The people of AJK are still deprived of education and health facilities, she added.

In the past, the heads of Kashmir Committee did nothing for Kashmiris and only conducted tours, she added.

Firdous said the followers and slaves of royal family [Sharifs] were doing their best in PP-38 by-election by spending money. She said the election commission should stop PML-N MPAs and MNAs from violating SOPs.

Dr Firdous said that Pakistan rendered great sacrifices to ensure durable peace in the South Asian region. She said the armed forces of Pakistan were the pride of the nation. She said a peaceful Afghanistan was a guarantee of peace in our country. Pakistan’s centuries old religious and cultural ties with Afghanistan need to be further strengthened, she added.

Dr Firdous said India would not to be allowed to destabilise our country through the use of Afghan soil. She said PM Imran Khan was fighting the war of our next generations.