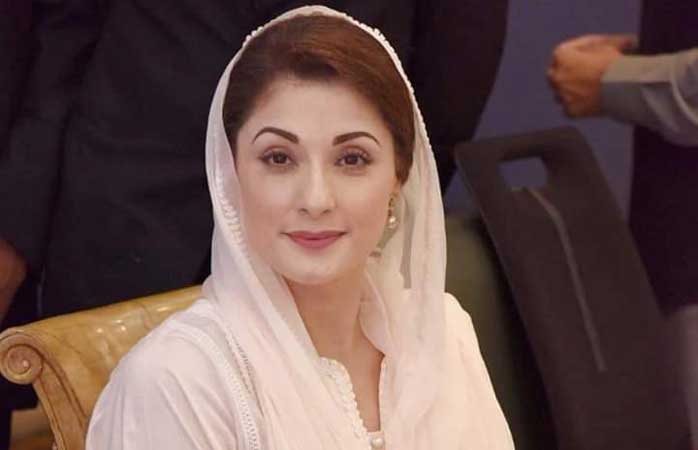 Maryam Nawaz, Vice President of the Pakistan Muslim League-Nawaz (PML-N), claimed on Sunday that the party’s election campaign in Azad Jammu and Kashmir (AJK) was so outstanding that even the “selected” prime minister had to go all the way from Islamabad to take part in it.

She told a public gathering in Dhirkot, AJK, that she heard shouts in favour of former Prime Minister Nawaz Sharif everywhere she visited in Kashmir. “I’ve been hearing for the last five years that Nawaz Sharif has been removed from the country’s politics,” she added, daring anyone who wished to see him removed from politics to come to Kashmir and witness his popularity. She said, “Your presence here makes me so convinced that I can swear that revolution has finally arrived in the country.”

“The Almighty Allah and people, not ATMs, were with Nawaz Sharif,” she added, mocking the PTI for locating ATMs even in Kashmir.

She also mocked the Pakistan Tehreek-i-Insaf (PTI) public rally in AJK on Saturday (July 17), claiming that it was a waste of public funds. She remarked, “It was a flop show.”

The vice president of the Pakistan Muslim League-Nawaz (PML-N) mocked the PTI for losing successive by-elections across the nation, from Karachi to Khyber.