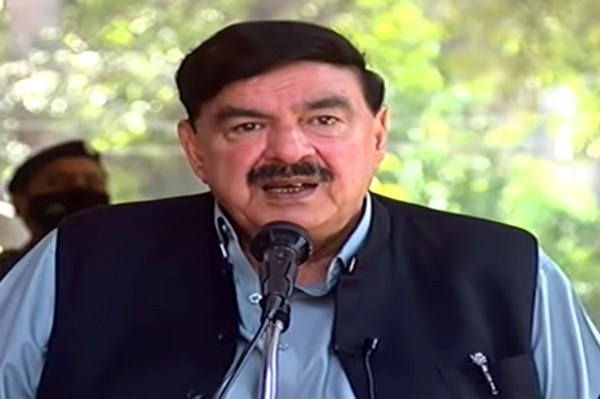 At a press conference on Sunday, the interior minister went into great detail about the case. He said that the Afghan ambassador’s daughter had walked from her home to a market.

“She took a cab from the market to Khadda Market to shop,” he revealed. “With the aid of the Safe City Cameras, we were able to learn about this,” he continued.

The ambassador’s daughter, according to the minister, boarded another cab to Rawalpindi from Khadda Market.

“We also have footage of her exiting a cab at a shopping centre in Rawalpindi,” he continued.

She then took a third cab to Daman-e-Koh, according to Rasheed.

“The only gap [in the inquiry] that we have is how she was able to get from Rawalpindi to Daman-e-Koh,” he said.

Authorities have also questioned the driver of the third cab hired by the ambassador’s daughter, who could have gone straight to F-6 but instead decided to travel to the F-9 district of Islamabad, according to the minister.

According to Rasheed, the government filed an FIR against the kidnapping around 2:00 a.m., as per Prime Minister Imran Khan’s orders.

The minister stated that officials will investigate how the ambassador’s daughter travelled from Rawalpindi to Daman-e-Koh, and that additional missing pieces of the case will be put together by nightfall today to offer a better picture.

He accused India of making a big deal out of the kidnapping of the ambassador’s daughter in order to smear Pakistan.

“We will offer the full, genuine image to the world,” he added, adding that Pakistan’s regional relevance has increased as a result of Prime Minister Khan’s popular foreign policy measures.

“India is not letting go of any opportunity to strengthen its propaganda against Pakistan after PM Khan’s ‘absolutely not’ position gained enormous support both in Pakistan and abroad,” he added.

According to the minister, a combined investigative team of Chinese and Pakistani experts is looking into the Dasu blast.

“There are 15 from their side and 15 from our side [investigating the incident],” he added, adding that Pakistani Army and intelligence officers, as well as a Chinese investigation team, visited the bomb site on Saturday to look into the matter.

China has expressed gratitude to Pakistan for its inquiry and cooperation in the Dasu incident, according to the minister, who added that the Chinese had told Pakistan that both nations should be on the same page.

Rasheed rejected reports that work on the Dasu dam had been stopped, adding that all CPEC projects and work on Pakistani dams will not be disrupted.