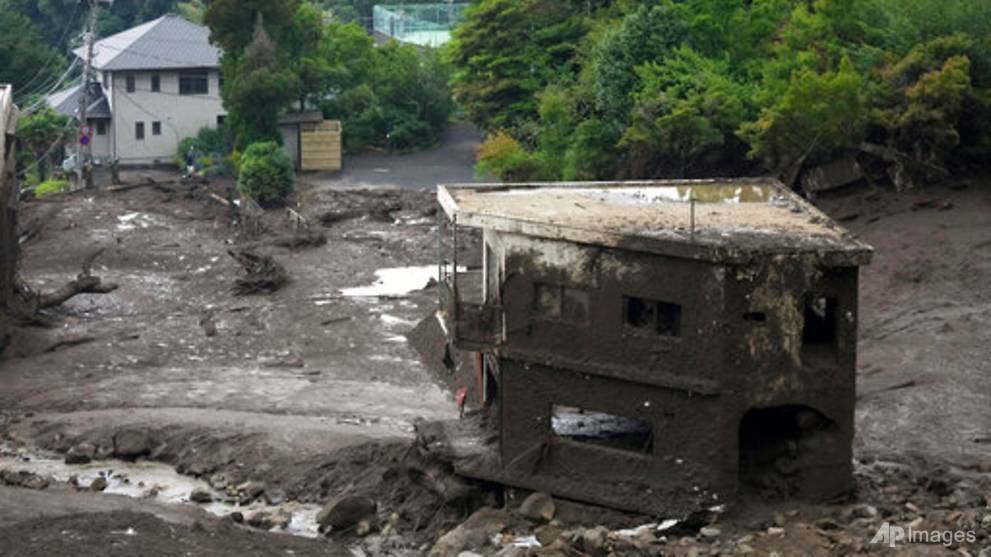 The death toll in a landslide that hit the Japanese resort town of Atami has risen to 15, a local official said Sunday, as hundreds of rescuers continued the search for over a dozen missing residents.

“Two more people were confirmed dead during the weekend, with the number of victims now totalling 15,” disaster-management spokesman Yuta Hara told AFP. 14 people remain unaccounted for, the official said. Dozens of homes were swept away when a landslide descended on the resort town in several violent waves on July 3. It came after days of intense downpours in and around Atami, which lies about 90 kilometres (55 miles) southwest of Tokyo.

Japan was in its rainy season when the floods struck, with many parts of the country vulnerable to landslides because homes are built on slopes where ground can loosen and collapse suddenly after heavy downpours. Scientists say climate change is also intensifying the country’s rainy seasons because a warmer atmosphere holds more water. Rescue and recovery efforts involving about 1,300 police officers, firefighters, soldiers and coastguard members were continuing, the spokesman said.