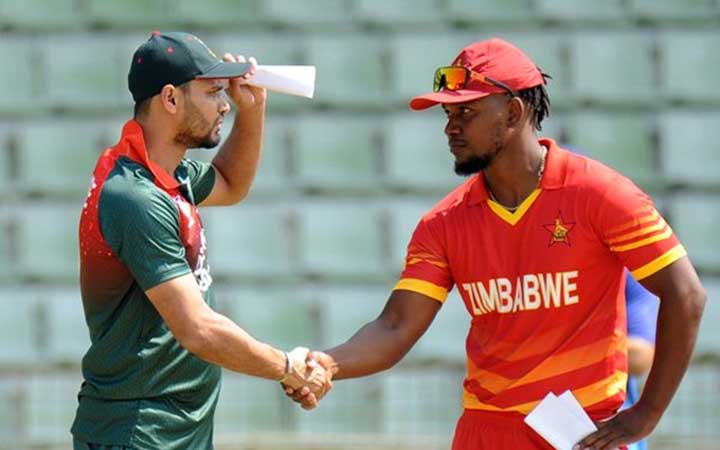 HARARA: For two successive games now –– in the one-off Test and the first ODI –– Zimbabwe have had a great start with the ball but have failed to build on the advantage, allowing Bangladesh to rebuild after early wickets. On both occasions, Zimbabwe finished on the wrong side of the result. As they face Bangladesh in the second ODI on Sunday, the batters must add to the work of the bowlers, before the series goes away from them. In the first ODI, Blessing Muzarabani led the pace attack with a fine new-ball display. He removed both Tamim Iqbal and Shakib Al Hasan and, at one stage, Bangladesh were pinned at 76 for 4. But Liton Das rescued the team by scoring a century before Shakib, on his way to clinching the top spot among Bangladesh’s ODI wicket-takers, helped Bangladesh post a resounding win with a five-for.

But, as Das pointed out after the game ––– as was evident in the Test as well ––– Zimbabwe might not have the bowling depth to sustain the pressure. Their spinners Ryan Burl and Wesley Madhevere conceded 68 runs in their 11 overs in the last game, and that let the momentum slip. The lack of wicket-taking options has hurt the team in the middle overs very often. With the bat, too, Zimbabwe let slip a position of strength. Despite two early wickets, Brendan Taylor and Dion Myers had revived the innings before Regis Chakabva counter-attacked. He struck four fours and two sixes in his 51-ball 54, but while he was going after the bowling, the rest of the batting caved in. Having been bowled out for a paltry 121 in 28.5 overs in the opening game, Taylor would expect his batters to put on a better show in the second if Zimbabwe are to stay alive in the three-match series.

Blessing Muzarabani has been exceptional across formats in recent times. His height ––– and therefore bounce ––– and speed and accuracy have troubled Bangladesh’s batters, who seem to wait for his spells to end. Can Zimbabwe capitalise on the starts he provides? Liton Das paced his innings in the first ODI superbly. Das is usually more flamboyant and goes for runs from the word go, but he also knows his game well enough now, and doesn’t hesitate to target the bowlers even when the chips are down. Das hurt his wrist during the first ODI. If he isn’t fit, Bangladesh might bring in Nurul Hasan. They are unlikely to change their winning combination otherwise. Zimbabwe could pick Sikandar Raza to add greater balance in their XI.