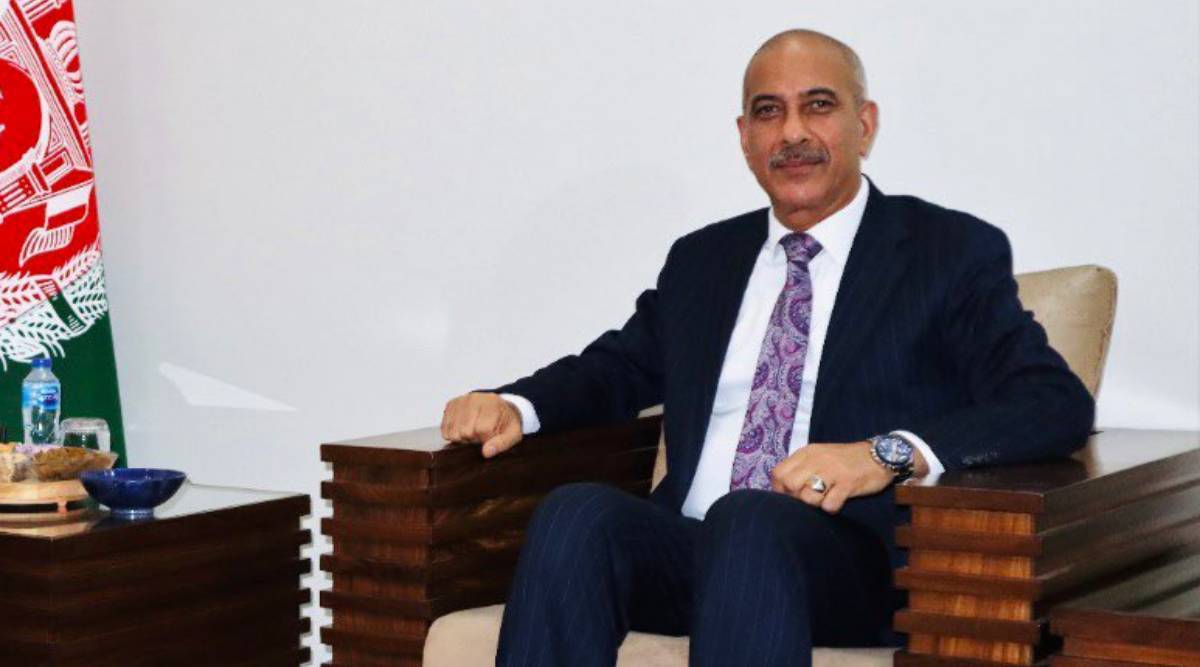 The daughter of Afghanistan Ambassador to Pakistan Najibullah Alikhil was “assaulted” and “man-handled” by unknown persons in Islamabad, the Foreign Office said in a statement issued on Saturday.

The Ministry of Foreign Affairs and law enforcement authorities are closely monitoring the situation as well as they are in contact with the Ambassador and his family and extending full support in the matter,” the Foreign Office stated.

It said the security of the ambassador and his family had been increased in the wake of threats and more terror related activities.  The law enforcement agencies were “trying to trace and apprehend the culprits to be brought to justice”.

“It is considered that the safety and security of the diplomatic missions, as well as the diplomats and their families, is of utmost importance. Such incidents can and will not be tolerated.” the office said.

Shortly after the statement was issued, Interior Minister Sheikh Rashid Ahmed stated that the  Prime Minister Imran Khan had directed him to utilise all resources to apprehend those involved in the “kidnapping” of the Afghan ambassador’s daughter.

He said that PM Khan had also told him that Islamabad Police and other law enforcement agencies must investigate the incident on “top priority” to bring forward the facts and catch the culprits within 48 hours.

“Accordingly, all efforts are being made to thoroughly investigate the matter and apprehend the persons involved in the incident. Islamabad Police is constantly in touch with the girl and family of the Afghan ambassador,” he said.

Federal Minister Fawad Chaudhry on Saturday further stated that Afghan Ambassador’s daughter being abducted and tortured is an activity to malign Pak-Afghan relations and that further probe into the case is yet to be done after which things would be more easy to explain and clarity would lead to further investigation. He also added that commenting on the situation would be considered as an irresponsible statement to be given.

Meanwhile, the Afghan foreign ministry said the ambassador’s daughter was “abducted and tortured” before being released.

“The Ministry of Foreign Affairs summoned the Ambassador of the Islamic Republic of Pakistan to Kabul Mr. Mansoor Ahmad Khan this afternoon, and lodged a strong protest over the abduction of the daughter of Afghanistan’s Ambassador to Islamabad”, the statement said.

Ms. Silsila Alikhil was abducted for several hours in Islamabad on Friday, the 25th of this month, and was released after being tortured, the statement added.

Meanwhile, PPP Senator Sherry Rehman said that the Afghan ambassador’s daughter was a young woman who “should not face ANY obstacle in walking about in central Islamabad”. She termed the incident an attack on Pakistan and the values the country stood for.

“Hope the interior ministry immediately provides enhanced security to such soft targets. Pakistan is already facing instability from the fallout of escalating violence in Afghanistan which is why Afghan-led peace is important next door,” she said.

Responding to media queries regarding the man-handling of the daughter of the Ambassador of Afghanistan to Pakistan, the Pakistan Foreign Office Spokesperson stated:

“As reported to the Ministry of Foreign Affairs by the Embassy of Afghanistan in Islamabad, yesterday, the daughter of the Ambassador was assaulted while riding a rented vehicle.”

“Immediately after this disturbing incident was reported, the Islamabad Police launched a thorough investigation. The Ministry of Foreign Affairs and relevant security authorities are closely in contact with the Ambassador and his family and extending full support in the matter.” the office stated.

While the security of the Ambassador and his family has been beefed up, law enforcement agencies are trying to trace and apprehend the culprits to be brought to justice, the office added. “It is reiterated that the safety and security of the diplomatic missions, as well as the diplomats and their families, is of utmost importance. Such incidents can and will not be tolerated”