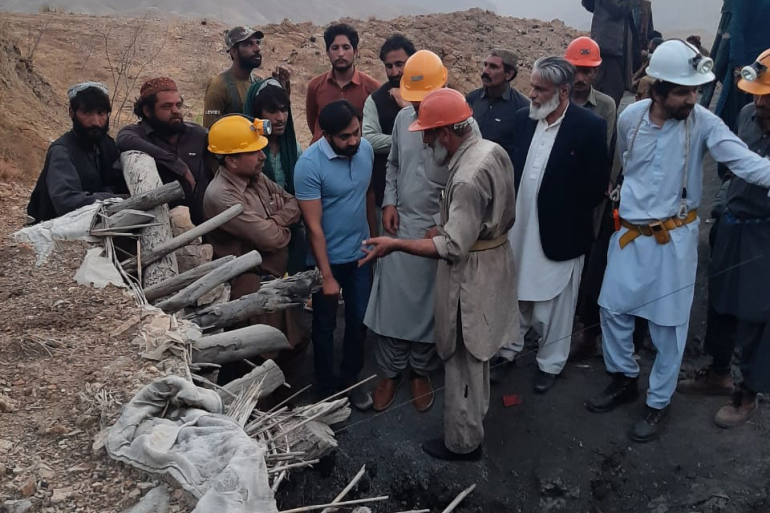 PESHAWAR: The Chinese firm working on the Dasu Hydropower Project has halted the work on the site citing “security concerns” and called of all but the most essential Pakistani workers.

According to the report, the China Gezhouba Group Company (CGGC) has declared the termination through a letter that due to the July 14 bus incident in which nine Chinese nationals were killed, the company cannot continue operations on the project.

The CGGC stated that the laid off Pakistani employees will be paid salary and gratuity as per their contract. Project Director Anwarul Haq has confirmed that the Chinese firm has stopped work on the project, adding that it will restart work as soon as the security situation improves.

At least 12 people, including nine Chinese nationals working on the project were killed when a bus carrying ferrying them fell into a ravine following an explosion.

The federal government has launched an investigation into the tragic incident and a 15-member Chinese security team has also been involved in the probe.

In a tweet, tweeted by Jan Achakzai, which was a clarification statement by the concerned company it was stated that “Chinese company working on Dasu Hydropower Project issues clarification on termination of employees. Says that notice issued earlier was not approved by the management hence is null & void. Work will resume after due Security Clearance”.

Meanwhile, Federal Interior Minister Sheikh Rasheed has said that the probe into Dasu incident is in its final stages and will be completed soon. Rasheed further stated that he has directed security agencies to further improve the security of Chinese nationals.

Rasheed said the accident took place on the Karakoram Highway, adding that the injured are being treated at the Pakistan Army Hospital.

“It is our duty to protect the lives and property of the Chinese people here. The security of their people will be ensured,” Rasheed said, sharing that the Chinese Ministry of Interior has been taken on board.

He said that the premier has asked him and Foreign Minister Shah Mahmood Qureshi to go to China.

The interior minister highlighted that Pak-China friendship is beyond the impact of such incidents and the accident does not impact this friendship. The enemies of CPEC and Pakistan and China’s friendship will not be forgiven, he said.