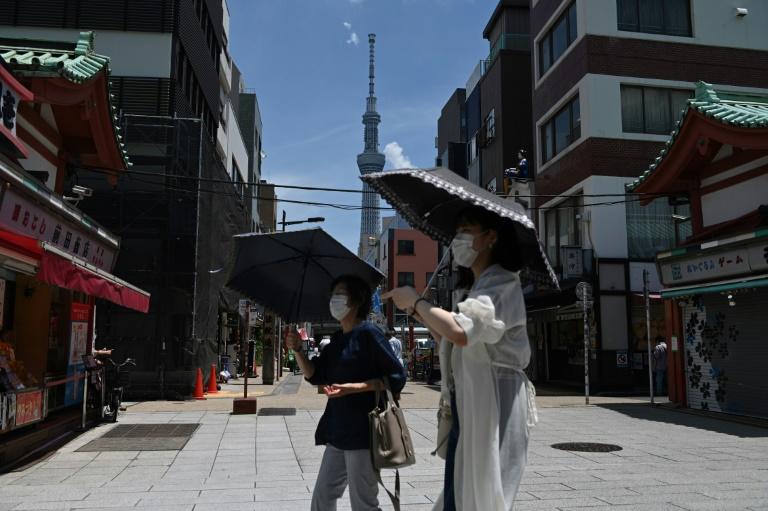 Global stocks mostly fell Friday as worries about rising Covid-19 cases and their effect on global growth weighed on sentiment, pushing Wall Street into the red for the week.

After data showed an unexpected rise in US retail sales, Wall Street pushed higher at the open. But markets soon tumbled into the red and losses grew as the day progressed. Analysts pointed to profit taking as a factor in Friday’s session and throughout the week following records earlier in the month.

Investors are “continuing to trim winning positions” as they await more clarity on the course of the economy, said Briefing.com analyst Patrick O’Hare. The broad-based S&P 500 ended down 0.8 percent at 4,327.16, taking its weekly losses to around one percent. The highly-contagious Delta variant has led to surging infection rates in many parts of the world, leading authorities to reimpose certain restrictions.

“Covid-19 concerns still linger and the economic outlook is not as bright as it was just a few weeks ago,” said market analyst Edward Moya at trading platform Oanda. Major European bourses retreated, along with Tokyo, which closed one percent lower as investors worried over rising Covid-19 infections and the Bank of Japan trimmed its economic growth forecast for the current fiscal year.

Hong Kong’s leading index was flat as late profit-taking wiped out earlier gains ahead of a US warning about doing business in the territory. In a long-awaited advisory that has already been denounced by China, the United States warned its business community of “growing risks” of operating in Hong Kong due to China’s clampdown.

The advisory acknowledged that Hong Kong, a former British colony handed back to China in 1997, “retains many economic distinctions” from the mainland, including stronger protections of intellectual property. But Washington pointed to a declining climate under a national security law enacted last year, including the arrest of one US citizen — John Clancey, a prominent human rights lawyer. Shanghai closed 0.7 percent lower while Seoul, Taipei, Kuala Lumpur and Bangkok also retreated. Wellington was flat while Sydney, Singapore, and Jakarta ticked higher.