* Every thoughtful human wishes to be heard and listened to 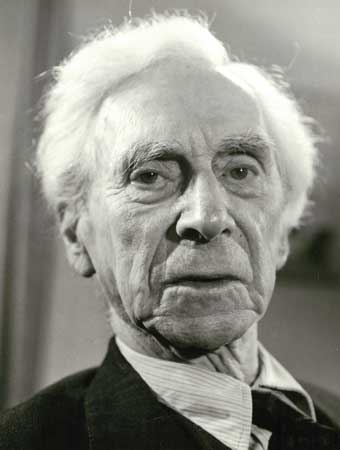 Writing is a hulking field. Before writing anything one has to spend ages in reading. Reading makes for a writing force which is exquisitely impeccable. To write simply and plainly, reading contents which are clear and limpid is essential.

When you bump into readings which are really interesting and engrossing, by default you receive a fillip to ink your musings. In other words, writing moors your thoughts.

Every thoughtful human wishes to be heard and listened. This inclination shunts one’ penchant for more and more getting invested in papers: books and notepads Nothing will impede your writing trajectory if you are saddled with books. Books are the alpha and omega of writing. Reading books will open the eyes of mind; will batter the china walls of prejudice, hubris and unwarranted impingements.

Shashi Tharoor the eminent Indian politician and writer writes in his 2005 book namely Bookless in Bagdad: reflections on writing and writer, “I read copiously, rapidly and indiscriminately. Chronic asthma often confined me to bed, but I found so much pleasure in the books piled up by my bedside that I stopped resenting my illness. Soon reading became the central focus of my existence; there was not a day in my childhood that did not feature a book.” Being myself diagnosed with chronic allergies, I find myself in the same boat. For me personally, books are the elixir of life. Moreover, books are really a bona fide recluse; books can waive off illness, morbidity and torpor; books can shatter the monotonous demeanour of your personality and can clad you in clothes of magnanimity, munificence and generosity. Books make you eclectic and all-embracing. Therefore, it is very essential to read books before writing even a sentence. Tharoor’s advice for budding writers is to read without prejudice and educate yourself with exhaustive subjects and he is, a la me, spot-on

The famous English philosopher and mathematician Bertrand Russell in one of his prescient essays writes that until the age of 21 he wished to imitate and ape the writing style of John Stuart Mill. The reason, he adds, was his style of developing a subject and employment of sentences. Ever since his wish became, “To say everything in the smallest number of words in which it could be said clearly.”

But at the age of 21 a watershed moment turned his potentials toward something very exquisite for which he is till now renowned: his impeccable style of writing long but pithy sentences. He notes, “At the age of 21, however, I came under a new influence that of my future brother-in-law, Logan Pearsall Smith.”

Shashi Tharoor, the eminent Indian politician and writer, writes in his 2005 book Bookless in Bagdad — Reflections on Writing & Writer, ‘I read copiously, rapidly and indiscriminately’

This influence made it for him. But what was the influence. Russell with perspicuity writes, ” he gave me various simple rules, of which I remember only two: “Put a comma every four words”, and “never use ‘and’ except at the beginning of a sentence”. Commas are essential and mandatory for a errorless and accurate piece of writing. The writings of Russell are flooded with commas inasmuch as he had taken the advice of his brother-in-law absolutely seriously. All the same, commas must be used with utmost erudition and wherever lacunae seems to be compelling only then commas be ensconced there.

Furthermore, Russell says his most emphatic advice was that one must always re-write. But conversely this did not work for him since he conscientiously tried this, but found that his first draft was almost always better than his second. Nonetheless, in writing re-writing is sine qua none. One must always go for re-writing, editing and drafting. Likewise, things will get more meticulous and chiselled. But everyone has his/her own way of doing things. For Russell re-writing did not work. For me and maybe you it will work.

Moreover, there are a few maxims which Russell’s brother-in-law proffered to him. First: never use a long word if a short word will do. Second: if you want to make a statement with a great many qualifications, put some of the qualifications in separate sentences. Third: do not let the beginning of your sentence lead the reader to an expectation which is contradicted by the end. I can’t agree more with the first advice which is shrewd. True, one has not to employ long sesquipedalian words in order to impress the reader. The anxiety of reader sometimes spoils the essence of writing. Be wary of it. However, if one is sincerely a logophile and is an avid user of fancy words then it is fine but that should not be overly pretentious and tawdry.

Russell provide us with a great example of the first advice. He notes, ” Take, say, such a sentence as the following, which might occur in a work on sociology: “Human beings are completely exempt from undesirable behaviour-patterns only when certain prerequisites, not satisfied except in a small percentage of actual cases, have, through some fortuitous concourse of favourable circumstances, whether congenital or environmental, chanced to combine in producing an individual in whom many factors deviate from the norm in a socially advantageous manner”. Let us see if we can translate this sentence into English. I suggest the following: “All men are scoundrels, or at any rate almost all. The men who are not must have had unusual luck, both in their birth and in their upbringing.” The first sentence was long and ambiguous. It was so with no meaningful alibi. Russell trimmed that into a meaningful and short sentence with blunt expression: not beating around the bush. This is a great way of expressing yourself: trimming sentences and evincing what is in your thoughts as such.

After getting some tips on writing from Russell, there crops up a question but why one should write? Why writing is by far significant? Why one should exhaust oneself by doing strenuous work to produce a piece of writing? Writing is really a serious business and needs a lot of straining efforts. However, the answer to the presumptuous question why one should write is provided again by Shashi Tharoor banking on British playwright George Bernard Shaw. He writes, ” George Bernard Shaw put it succinctly: “I write for the same reason a cow gives milk.” A cow doesn’t give milk because it’s in terrible pain. So, that need for certain expression is what drives writing. If you’re writing because you feel you ought to write, that’s not it.” What a pithy and saucy answer by Shaw. But this is what writing is in effect. You can’t ask a cow why it gives milk. In the similar vein, the question to a writer why he/she writes is a vain and rude question, in a sense. “Read eclectically before you write” is the best tip for writing well and impeccable.

The article has been written and contributed by Shahab Akram who is a student at Quaid-e-Azam University based in Islamabad. He Tweets at @shahabakram6 and can be reached at shahabakram0852@gmail.com 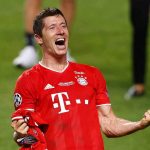