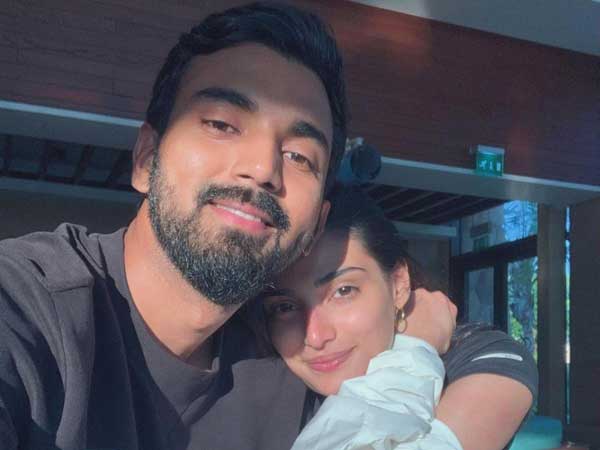 Rumour mills and media reports of Suniel Shetty’s daughter, actress Athiya Shetty and cricketer KL Rahul being an item are doing rounds for quite some time now.

Both Athiya and Rahul are in England right now. According to sources, the cricketer notified authorities that he will be accompanied by his partner Athiya for the Test cricket series.

Suniel Shetty confirmed that Athiya is in England but said she is accompanied by her brother. “Yes, she is in England, but she is with Ahan. The brother-sister duo has gone there for a holiday. Rest you may check with them,” told the actor to ETimes.

While Suniel has avoided directly confirming the dating rumours but he has conceded that Athiya and KL Rahul are a ‘good looking couple’. The two are currently roped in as brand ambassadors for an eyewear brand.

“As far as the ad goes I mean it is an international brand and they chose to take the two of them as the ambassadors. I think they look brilliant together. They are a good-looking couple, na? So, it totally works from a brand perspective. And I must say, they look good together, well, in the ad,” says Suniel.

When asked about the relationship status of his daughter with the cricketer, the actor replied, “I think it is best you speak to them.”

Suniel has also called Rahul one of his favourite cricketers. Alas, we think KL Rahul is in the good books of rumoured girlfriend Athiya Shetty’s father.