Gilani vows to fulfill Bhutto, Benazir’s commitment to Kashmir cause 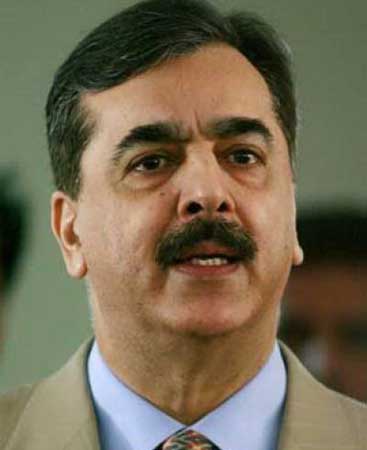 Former prime minister and Pakistan People’s Party (PPP) leader Yousaf Raza Gilani has promised Kashmiris to become their voice on the global stage in line with the vision of Zulfiqar Ali Bhutto and Benazir Bhutto.

Addressing a public gathering in Dhirkot, Yousaf Raza Gilani addressed the masses and stated that Zulfikar Ali Bhutto (ZAB) never compromised on Kashmir despite all odds. The PPP leader was addressing the public on behalf of the party’s Chairman Bilawal Bhutto as part of the electoral campaigns of 2021 in Azad Jammu and Kashmir.

Reminiscing PPP’s struggle and commitment for Kashmir, the opposition leader in Senate noted that Shaheed BB had a strong commitment to Kashmir cause, and It was in 1990 that she declared February 5th to be declared as Kashmir solidarity day. The PPP leader said that Shaheed Zulfiqar Ali Bhutto never compromised on Kashmir despite the odds. Recalling the events of the 1972 peace conference at Shimla, Gilani said that despite the pressure and the then Indian Prime Minister Indra Gandhi’s push for Bhutto to sign on the dotted lines, the PPP’s founding leader refused to bow down.

Gilani said that being the descendants (waris) of Shaheed Zulfiqar Ali Bhutto and Shaheed BB he will never forget the sacrifices of 5 Lac Kashmiris who have rendered sacrifices for their right to self determination.

Taking note of India’s illegal Indian action of 5 August 2019, when New Delhi repealed Article 370 and 35-A of the Indian constitution, Gilani said that Indian action is a violation of the UN Resolutions and the commitment India had made to the people of Kashmir. They are now changing the demographic character of Kashmir. “I have no doubt our Kashmiri brothers and sisters will blunt Indian move.” Gilani claimed, while noting that he and his party stand in solidarity with the Kashmiris and will extend every help in their just struggle.

Paying tribute to the sacrifices of Kashniri leaders , Gilani said that he and his party has great respect for Syed Ali Shah Gilani, Mirwaiz Omar Farooq, Shabir Shah, Yasin Malik, Prof Bhat and Burhan Wani.He said Shaheed BB valued the contributions of All Parties Hurriyat Conference (APHC) leaders and vowed that PPP will never let them down.

As elections in Kashmir nears and political temperature rises, political forces have directed their focus on clinching landmark victories in the Himalayan region.