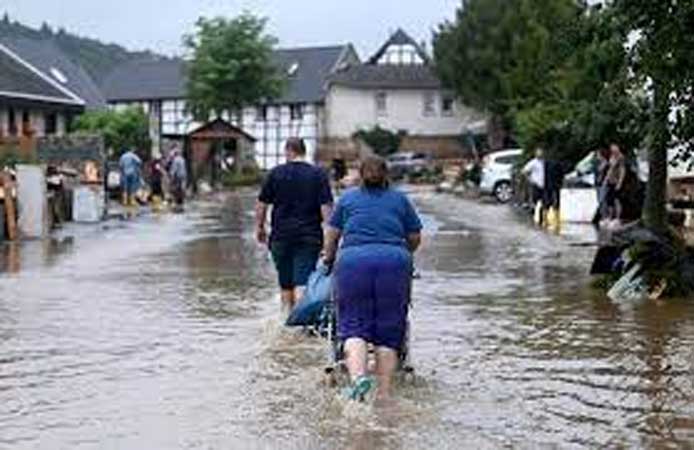 Devastating floods have torn through entire villages and killed at least 126 people in Europe, most of them in western Germany where stunned emergency services were still combing the wreckage on Friday.

Unsuspecting residents were caught completely off guard by the torrent dubbed the “flood of death” by German newspaper Bild.

Streets and houses were submerged by water in some areas, while cars were left overturned on soaked streets after flood waters passed. Some districts were completely cut off.

“Everything was under water within 15 minutes,” Agron Berischa, a 21-year-old decorator from Bad Neuenahr in Rhineland-Palatinate state, told AFP.

“Our flat, our office, our neighbours’ houses, everywhere was under water.”

In nearby Schuld, Hans-Dieter Vrancken, 65, said “caravans, cars were washed away, trees were uprooted, houses were knocked down”.

“We have lived here in Schuld for over 20 years and we have never experienced anything like it. It’s like a warzone,” he said.

Roger Lewentz, interior minister for Rheinland-Palatinate, told Bild the death toll was likely to rise as emergency services continued to search the affected areas over the coming days.

“When emptying cellars or pumping out cellars, we keep coming across people who have lost their lives in these floods,” he said.

Adding to the devastation, several more people were feared dead in a landslide in the town of Erftstadt in North Rhine-Westphalia (NRW) triggered by the floods.