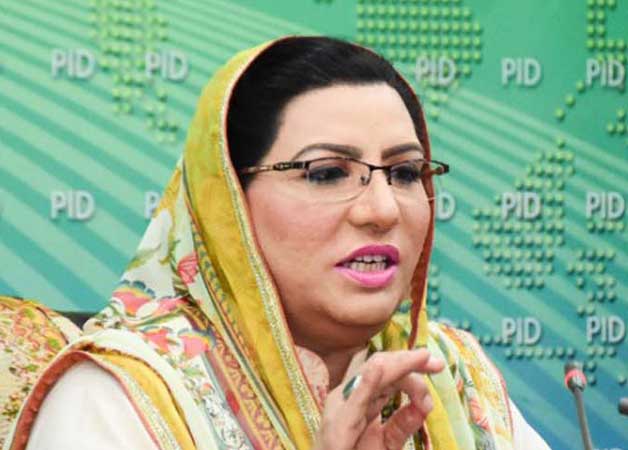 Special Assistant to Chief Minister on Information Dr Firdous Ashiq Awan has said that the Learning Management System on Single National Curriculum (SNC) launched by Punjab Chief Minister Usman Buzdar will materialize PTI’s dream of one system of education for all.

Talking to the media at the DGPR Office here on Friday, Dr Firdous said that far-reaching reforms have been introduced to develop the education system on modern lines and the online teachers training program is a unique step in this regard.

She said education has always been among the top priorities of the government and SNC will unite 220 million people as a strong nation. Under one system of education for all, there will be one curriculum, one medium of instruction and one common platform for assessment, she said. The Special Assistant to CM said that Learning Management System (LMS) is accessible to all the teachers both from the public and private sectors. The notified committee has selected 1716 master trainers and 48 lead trainers for the training of the teachers.

She said that 0.5 million free licenses of 365 Office software have been obtained from Microsoft. More than 300,000 teachers from both the public and private schools have been enrolled on LMS. She said that one nation, one curriculum and united Pakistan is a slogan of the PTI government which will help remove class differences in the society. Dr Firdous said that CM Usman Buzdar has also launched the issuance of a digital inheritance certificate which is a big achievement of the government as it will have far-reaching implications. Upon the death of any family member, legal heirs languish in courts for years before they were able to obtain a Succession Certificate but now without going to the court, the legal heirs will be able to get Succession Certificate within 15 days from NADRA. Now overseas Pakistanis will also be able to get Succession Certificate just by biometric verification from Pakistani embassies abroad without traveling to the country, she maintained. The SACM said that the fake princess along with her bondmaids are trying to malign the state institutions and are also bent upon character assassination of PM Imran Khan to achieve their objectives. She strongly condemned the attack of PML-N political activists on Ali Amin Gandapur’s convoy. She said Kashmir belongs to Imran Khan as the Kashmiris consider Imran Khan as their Messiah. The cheaters and plunderers will face defeat as like GB lections and Kashmiris will vote for PTI.

She said that 10 lakh Indian Occupied Army supervise fake elections in Indian Occupied Kashmir to bring in a puppet regime while PM Imran Khan is holding a free, fair and transparent election in AJK to help the voters use their right of vote. She said that PM AJK is spending public money on the PML-N election campaign and it is for the first time that despite completion of tenure, government vehicles are being illegally used for the election campaign of PML-N. Dr Firdous said the size of public meetings does not determine the success of a candidate as similar faces are visible in PML-N meetings and election campaign. The Kashmiris have experienced both the parties and they also understand many faces of a character actor like Maryam Safdar. Indian media is also giving full coverage to the foul language and irresponsible statements of Maryam Safdar, she concluded.