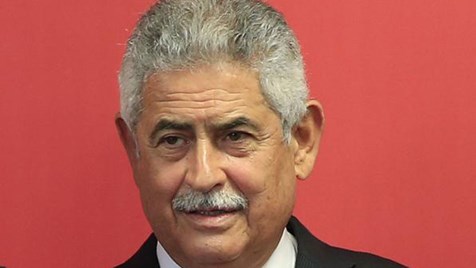 LISBON: Double former European Cup winners Benfica confirmed on Friday the resignation of their longest-standing president Luis Filipe Vieira after he was arrested last week on suspicion of fraud.

Last Friday, Vieira had announced he would stand down temporarily after being questioned by an investigating judge at the Lisbon court as part of operation ‘Red Card’.

Late on Thursday, Benfica said they had ended Vieira’s time in charge and called for an election by their members.

“The Board of Sport Lisboa e Benfica met this morning to formalise, within the scope of the statutes, the necessary changes to its composition in view of the resignation of the mandate of Luis Filipe Vieira,” the record 37-time league champions said.

“Jaime Antunes was confirmed as effective vice-president,” they added.

Additionally Benfica said were unaware of US investors John Textor’s wish to buy 25 percent of the club.

“In this context, the Board of Benfica also clarifies that it considers it inappropriate to receive, formally or informally, Mr. John Textor at this time,” they said.

Earlier this month, local authorities carried out around 40 raids in the Lisbon and Braga regions linked with the probe.

Portugal’s Public Prosecution Service said in a statement at the time that they were investigating “deals and financings totalling more than 100 million euros (118 million dollars), which may have resulted in heavy losses for the state and some of the companies”.

The investigation reportedly stretches back to 2014 and possible offences include “breach of trust, aggravated fraud, forgery, tax fraud and money laundering,” the statement added.

Vieira, 72, had been in charge of the 1961 and 1962 European champions since 2003 and his presidency has been marred in recent years by legal cases.

According to local media, Vieira’s lawyer says the former Benfica president is “convinced of his innocence”.