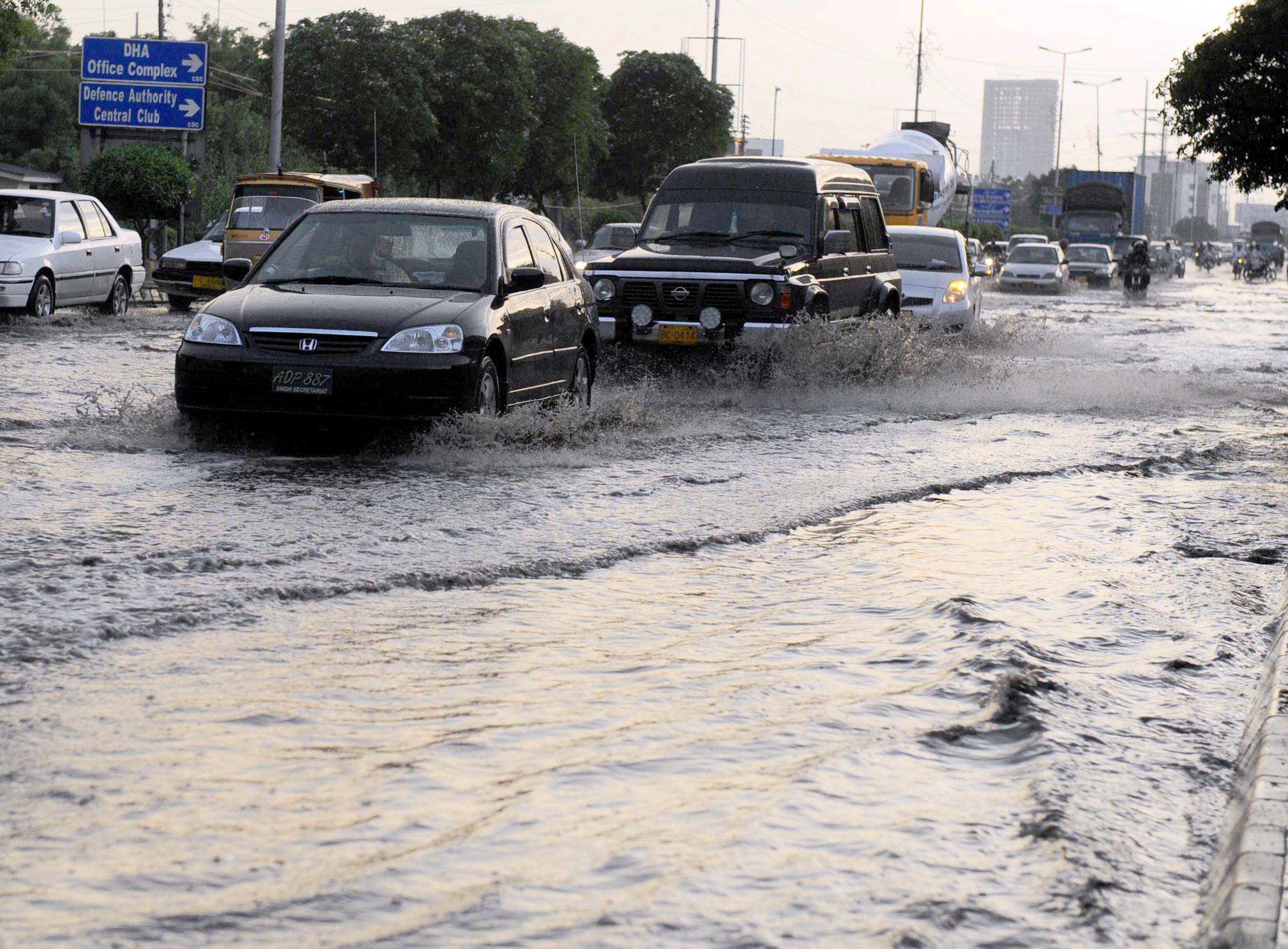 The Pakistan Meteorological Department on Friday forecast “moderate to heavy rains” in Karachi for the day.

PMD Director Sardar Sarfaraz said that thunder cells are likely to form in the areas surrounding Karachi by afternoon and so “it can rain with thunder today”.

Sarfaraz said that low air pressure exists to the south of Karachi, near the sea.

The system will move towards Oman by tomorrow, he added.

Meanwhile, power outages continued to persist in several parts of the city today.

Consumers have been without power in PIB Colony since 8pm last night.

Feeders in Al Falah have been shut since 9am, whereas in Baldia and KDA they have remained shut since 9pm last night.

Furthermore, power supply has remained disrupted in Shah Faisal Colony since 9am and in the Drigh Road, Cantt Bazar area since 11:30pm last night, consumers in the areas reported.

In addition, consumers also reported power outages in F B Area Block 12 and in North Nazimabad Block M since 10am.