Cyberbullying a welfare organisation is not the path to justice 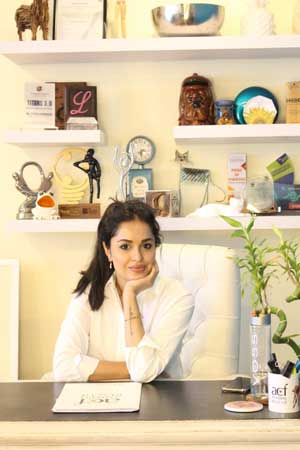 On June 16, 2021, Mirza Akhtar Ali was viciously attacked by two dogs that belonged to Humayun Khan. As a result of the attack, the victim’s son decided to file an FIR against the owner of the dog. However, having survived, the victim decided to show immense graciousness and thus decided to forgive the owner, despite him being a negligent pet owner that caused this situation in the first place.

The two parties involved, therefore ruled out a compromise agreement where it demanded the dogs be euthanised and a donation of Rs 1 million to be paid to ACF.

ACF, an animal rescue foundation, headed by Ayesha Chundrigar, has been the first animal rescue organisation of its kind in Pakistan. It has been running for the past eight years with over 600 animals in their care unit, working tirelessly and rigorously to ensure the safety and wellbeing of all these stray animals. Currently it is working on their TNVR programme (trap/neuter/vaccinate/relocate/release) that aims to protect and sustain as many animals as possible amongst many other outreach programmes to uplift the condition of street animals, donkeys and those suffering in pet markets.

ACF was completely unaware of the court ruling and the donation until the victim’s son informed Chundrigar of it after it was deposited without the knowledge of the organisation.

Despite the organization’s tireless work, ever since the news of the donation has spread, ACF has been subjected to unsolicited malicious comments. The claims swayed away from the donation itself and slandered the organisation through comments insinuating Chundrigar is supporting the murder of innocent dogs and accepting “blood money”. Not only has there been a malicious attack on the organisation without any basis that ACF is involved in the decision making of the fate of the dogs but the founder herself has received personal attacks.

To the comments pushing that ACF could have taken the dogs in their shelter, the organization clearly and honestly stated that it would not have been feasible due to the lack of space and expertise needed in this situation. Nor was it their responsibility to interfere in a private matter that they had no involvement in and that, according to the injured party in a letter addressed to Chundrigar, had been discussed in length with dog training experts.

Taking the dogs in would have put the 600 other lives at risk, because ACF is a rescue facility for injured and abused animals. It is not and has never been a training facility for aggressive dogs.

An organisation built on the purpose of rehabilitating and sustaining stray animals who openly and clearly shared their limitations was put under extreme stress with the continuous unwarranted slander and accusations because of a decision made by the two parties involved. It was reported by the organisation that the board members and CEO suffered great emotional and mental stress as a result of this online harassment. Therefore, ACF issued a notice announcing that the donation will be immediately refunded to the donor.

It is absolutely sad and awakening that our public is so quick to judge and take sides on a matter without proper knowledge of facts. The large sum of money that could have been used to benefit several other stray animals that desperately need help had to be given up considering the sensitive and unfair situation ACF was put into.