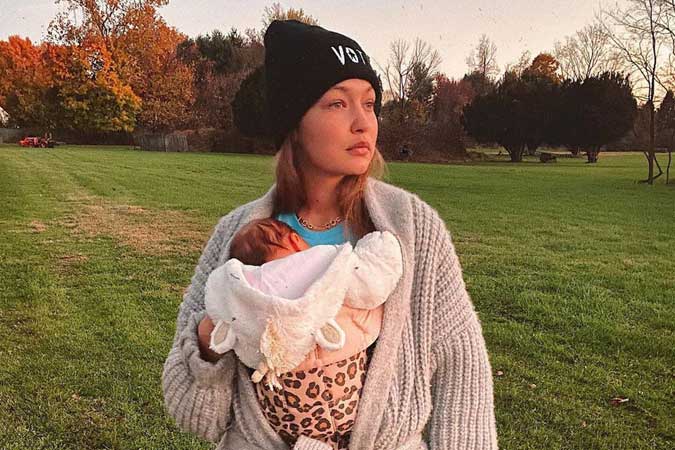 American supermodel Gigi Hadid is sharing glimpse at her life as a parent to 10-month-old Khai and her relationship with boyfriend Zayn Malik. In her recent interview with Harper’s Bazaar, the fashion icon revealed how she and Zayn take their daughter out for hikes where they play Arabic nursey rhymes or Bollywood music for her. “She loves the birds, the animals. It’s nice to be outside after a long winter. She will one day definitely be on a horse,” said Gigi. She went on to detail that the baby’s first visits to the Metropolitan Museum of Art and the American Museum of Natural History were filled with wonder and curiosity as she was fixated on the dinosaurs “with the same wonder she has for buildings, or cars and other big things.” She also spoke about how Zayn noticed her “enthusiasm for their television’s screen saver, particularly the jellyfish” after which “Zayn had the idea, he’s like, ‘We should take her to the aquarium.'”