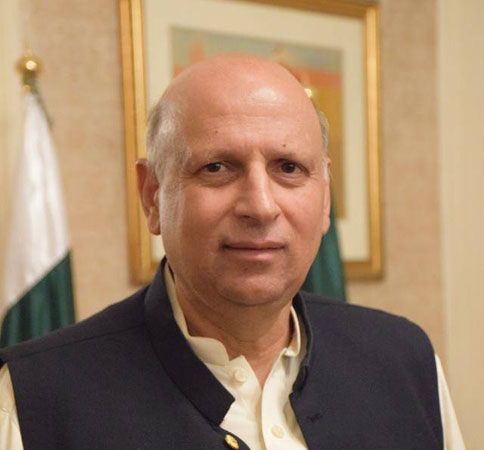 Ambassador of Indonesia to Pakistan, Adam Mulawarman Tugio called on Governor Punjab Chaudhry Mohammad Sarwar on Thursday and discussed with him bilateral relations, current regional situation, Kashmir and Palestine issue and other issues of mutual interest.

The Indonesian ambassador and Governor Punjab agreed to promote bilateral relations, economic ties and stressed the need to solve Kashmir and Palestine issue for peace.

Chaudhry Sarwar said that Pakistan is among the top five importers of palm oil from Indonesia, adding that there are deep religious, cultural and trade ties between Pakistan and Indonesia which are getting stronger with each passing day. He said that Indonesia is an important trading partner of Pakistan.

While apprising the Indonesian Ambassador about the initiatives being given to the investors, the Governor Punjab said that the provincial government is establishing Special Economic Zones to facilitate the foreign investors where all facilities are being provided through one window operations. He said that the business community plays an important role in nation’s development and Pakistan is safe country for foreign investment.

He said that Pakistan’s sacrifices for peace and eradication of terrorism are laudable, adding that we have always stood by Pakistan and will continue to stand with Pakistan on all issues including Kashmir.