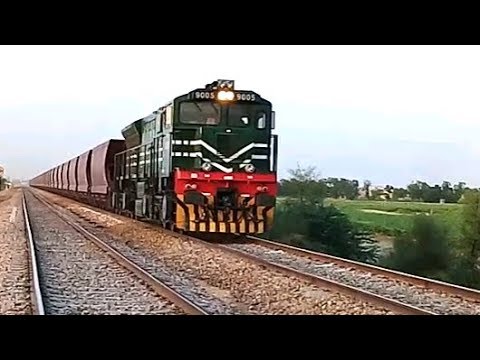 CHAGHI: Heavy rains in Chaghi, Balochistan, have caused the Pak-Iran train service to be halted.

The railway has been flooded by rainfall, according to Pakistan Railways authorities, and the 10-kilometer long track has been severely damaged.

Officials estimate that restoring the rain-damaged railway track for the Pakistan-Iran rail service will take 3 to 4 days.

Heavy rains and floods have wreaked havoc on Balochistan’s Chaghi, trapping residents in a number of locations. The PDMA has sent 75,000 ration packs to Chaghi residents who have been affected by the rain.

When six carriages of a Quetta-bound freight train crashed in Dalbandin tehsil of Chaghi last month, the Pak-Iran rail service was halted.

Six of the freight train’s carriages overturned while travelling from Iran’s Zahedan to Quetta. On an emergency basis, the railway was restored.

The Chaghi area of Balochistan, notably Dalbandin, is sandy and dusty. Trains travelling through the region frequently become stopped when the rails become strewn with sand as a result of strong winds.