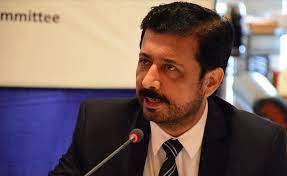 LAHORE: The Hungary-Pakistan Trade & Economic Window (HPTEW), which is an initiative of the All Pakistan Business Forum, has started yielding results, as a number of Hungarian companies have shown their keen interest to import high quality rice from Pakistan.

During an online meeting with the Pakistan rice exporters, the Hungarian businessmen discussed investment and trade partnership in detail with Pakistani food and rice companies.

The meeting was arranged by the APBF with collaboration of the Pakistan Embassy in Hungary and Agriculture Ministry of Hungary.

Dr. David Bencsik, during the meeting, observed that Pakistan rice and food products offer a huge potential for exports, as a large segment of this industry is well-organized and has achieved international efficiency levels.

The Hungarian companies’ representatives intended to visit Pakistan and study its food sector’s market for partnerships and investment and to strengthen the bilateral trade relations with Pakistan.

Their prime interest was the rice import from Pakistan where they were interested to develop JVs with local counterparts.

Ambassador of Pakistan to Hungary Mohemmed Aejaz, while addressing the meeting, appreciated the role of APBF, saying that it is the beginning of a great era between Hungary and Pakistan to import and export agricultural products from both sides.

He said that this is a great result-oriented interactive session, leading to enhancement in bilateral trade of the both countries.

The government is now focusing on promoting economic diplomacy to attract foreign investment as part of the efforts to make the country economically secure.

APBF President Syed Maaz Mahmood, during the meeting, applauded the efforts of Ambassador of Pakistan to Hungary Mohemmed Aejaz, as due to his efforts several Hungarian companies had already visited Pakistan and held B2B meetings with Pakistani companies for JVs in their respective sectors following the launch of HP TEW.

Syed Maaz Mahmood said that the HPTEW was launched in an effort to fully utilize the bilateral trade potential of Pakistan and Hungary from current volume of meager $44.3 million, engaging the Embassy of Hungary in Islamabad and the Pakistan Embassy in Budapest fully in this regard.

He said that the European Union is Pakistan’s largest export market representing over 30 percent of exports, with Hungary accounting for below 1 percent of the total EU imports from Pakistan, which needs to be enhanced.

He said that the slogan of Foreign Minister’s Economic Diplomacy to broaden mutually beneficial trade and economic partnerships with European countries, has been yielding positive results, as Pakistan’s exports to European Union have been increasing.

Discussing the issues of Pakistan agri sector, he said the government should enhance the areas of research to encourage indigenous technological innovations and modernize its agriculture sector, as this has the potential source of employment.

He said that Pakistan needs to move from traditional to modern agriculture to overcome its trade deficit and meet its socio-economic targets.