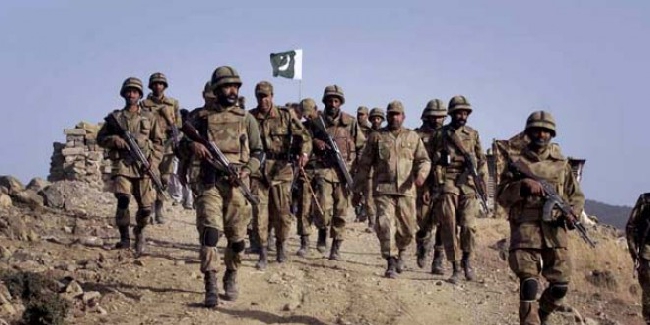 PASNI: An army captain and a sepoy were martyred in a bomb blast in Pasni market.

The ISPR released a statement on Thursday, and said that the terrorists used an Improvised Explosive Device (IED) to attack security forces in Khuda Bux Bazaar near Pasni, killing Captain Affan Masood and Sepoy Babar Zaman.

The security forces reacted quickly and launched a search operation to apprehend the criminals.

The ISPR added that security forces are determined to neutralise such nefarious designs at all costs.

The incident occurred just days after another army captain and a soldier were killed in an operation in Khyber Pakhtunkhwa’s Kurram District.

The Minister of State for Information and Broadcasting Farrukh Habib, condemned the terrorist incident in which an IED was used to target the security forces in Khuda Bux Bazaar near Pasni, Balochistan.

In a news release, he prayed for the highest ranks in Jannah for Captain of Pakistan Army Affan Masood and Sepoy Babar Zaman, who lost their lives in the attack and conveyed sincere condolences to the bereaved families of martyrs.

He termed the use of IED by terrorists to target the troops a ‘cowardly act’.

Farrukh praised the valiant security forces of the country for successfully neutralizing nefarious designs of the anti-Pakistan hostile agencies.

“No one will be allowed to sabotage peace and prosperity of the country at any cost,” he remarked.