* Smoking is one of the most prevalent threats to public health 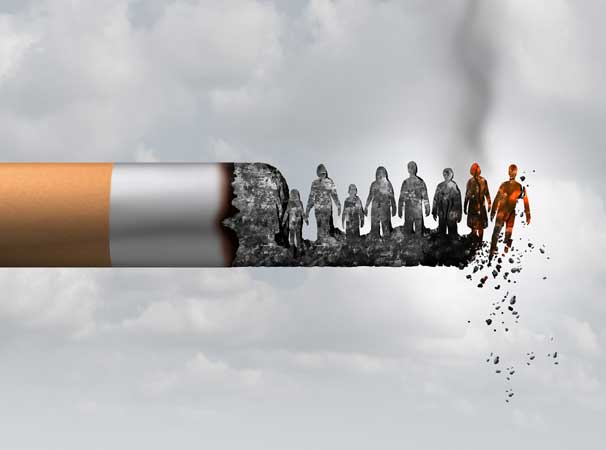 Between getting out of bed in the morning and going back to bed at night, our entire day’s routine is surrounded by science, making each aspect of our life better and easier.

The problems our ancestors faced are unheard of in our generation. Science and innovation have made the unthinkable of the past a reality of today. However, when it comes to public health – a field itself defined as “the science of preventing disease, prolonging life, and promoting health” – the very aspect of science is often overlooked when putting together public health solutions, especially in our part of the world where the concept of Research and Development is still at a nascent stage.

Smoking, one of the most prevalent threats to public health, has also been suffering from this lack of scientific insight. Understanding the adult smokers’ dilemma, the science behind a cigarette and what makes it so harmful are some of the cornerstones that must guide the tobacco control strategies. Instead, as we can see, our current policies are not really inclusive of these determinants and of the needs of the stakeholders dealing with this problem.

Although measures like mass awareness and putting health warnings on cigarette packs are all welcome strategies, they do not seem to do much for adult smokers who find it difficult to quit and simply choose to continue smoking

Although measures like mass awareness and putting health warnings on cigarette packs are all welcome strategies, they do not seem to do much for adult smokers who find it difficult to quit or just choose to continue smoking. That is to say, while the obvious best solution for people is to never smoke, and for smokers to quit, failing to think about those adult smokers who are going to continue smoking is where our policies lag. This brings us back to the need for including a scientific thought process and incorporating scientific findings to determine ways of protecting all smokers, those who want to quit and those who would otherwise continue smoking, alike – leaving no one behind.

Various independent studies have shown cigarette smoke to be the real culprit. A cigarette burns tobacco to produce smoke. This smoke contains nicotine, which occurs naturally in tobacco, as well as about 6000 harmful chemicals. It is these 6000 harmful chemicals – not the nicotine – in cigarette smoke that are the primary causes of smoking-related diseases. A side-by-side experiment by Public Health England showed a stark difference in the magnitude of harm caused by cigarettes and non-combustible alternatives. The study revealed how a cigarette causes accumulation of black sticky tar in the lungs of a heavy smoker while on the other hand, the same amount of nicotine intake through non-combustible alternatives release only a trace of residue.

“The Health Consequences of Smoking-50 Years of Progress” report by the United States Surgeon General also reports similar findings, citing the combustion of tobacco as the reason behind the overwhelming majority of avoidable deaths and diseases caused by smoking. It further goes on to highlight the need for implementing science-informed policies for improved public health and suggests adding a harm minimization strategy to enhance proven tobacco control efforts that can speed up the obsolescence of cigarettes.

Complying by these research findings, some countries such as England, Netherlands, and Japan have already introduced these non-combustible alternatives and reduced-risk products in their markets, as an added pillar to their policies, that have brought a significant drop in their cigarette sales. Ever since, the state of public health in these countries has shown remarkable improvement in terms of the health of their smokers. According to Royal College of Physicians’ report titled “‘Nicotine without smoke: tobacco harm reduction”, the inclusion of these smoke-free products has also played a role in encouraging smokers, who were previously not willing to do anything about their smoking habit, to reduce the harm to their body by switching to these products.

In Pakistan where there are 23.9 million smokers, putting their lives at risk with every puff of a cigarette, it is extremely important now more than ever to re-evaluate the existing efforts and to consider the role science can play in supplementing these efforts for better public health.