Sculpture-themed artwork A Grandeur Attack goes on display at Alhamra

* A spokesperson for the East Continental Falconry & Aviary, Pakistan told media at the exhibition that the enthralling artwork is a one-off dual-edge taxidermy 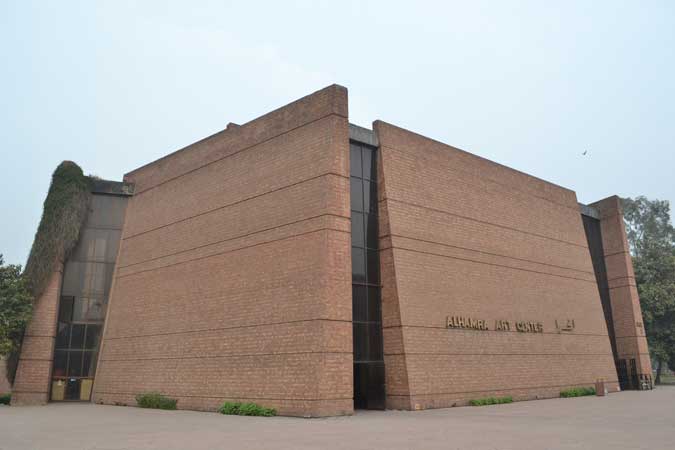 An avant-garde thematic sculpture artwork titled ‘A Grandeur Attack’ is up for the public view at the Alhamra main art gallery, The Mall, currently.

A largely-attended inaugural ceremony was held at the gallery on Wednesday.

A spokesperson for the East Continental Falconry & Aviary (ECFA) Pakistan told the media at the exhibition that the enthralling artwork is a one-off dual-edge taxidermy, which is based on a subject-motif of a courageous coup encounter.

The artwork bears the motif caption as: ‘The Daring Feat -A Grandeur Majestic Attack of a Courageous Imperial Eagle on the Indian Rock Python’. The real taxidermy art sculpture depicts the regal bird boldly defying an enemy having many times more and inordinate size, menaces, perils and nuisances as compared to that of its own.

The state-of-the-art thematic depiction is centred around a female imperial eagle, which expired at East Continental Falconry & Aviary, a few weeks ago. It was a prime-sized eagle of the South Asian region. 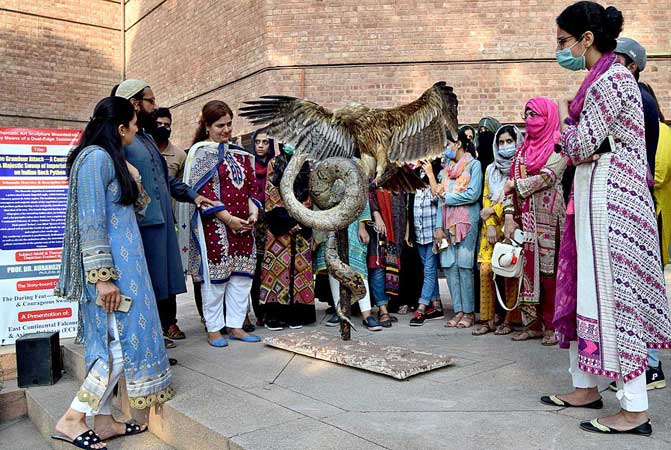 The outstanding bird named ‘Irchee’, and titled ‘Queen of Asia-1’ was a captive imperial which graced the aviary for years. The ECFA is dedicated to retain the rare species, the unusual bloodlines and the distinct heritages of eagles, falcons, hawks and harriers.

Solely dedicated to elevate the audacious ethos, the determined resolute and gallant enactments of the patriot sons of the beloved motherland, the thematic depiction along with the subject-motif is evoked by Prof. Dr. Aurangzeb Hafi, who is a multi-disciplinary researcher, an ornithologist and a polymath, who has long served as a leading cross-disciplinary principal investigator (PI) of postdoctoral studies in reputed universities of the South Asian region.

“The ECF aviary is privileged to still hold two more gigantic birds – quite elegantly overpassing the genera-descriptions of the eagles at the zoos expositions of the sub-continent region,” says Dr Fraz Mian.

East Continental Falconry & Aviary Pakistan is part of Aurangzeb Hafi’s Ornithology Research Initiative. It is the prime and foremost explorative observatory of ornithology in South Asian region, dreamt up and maintained by Professor Dr Aurangzeb Hafi, who is a multi-disciplinary researcher and a real world ornithologist as well. Recently he has been chronicled amongst ‘Top of the Top 10’ extravagantly towering silhouettes who were shortlisted out of 1.6 million notables from over 190 countries by the ‘Impact Hallmarks [IH]’.