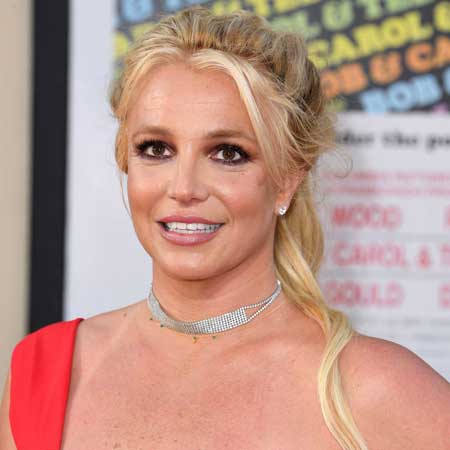 Three weeks after Britney Spears sensationally called for an end to her “abusive” guardianship, the pop singer’s legal battle returns to court Wednesday in Los Angeles.

Spears gave explosive testimony on June 23 in which she pleaded with a California judge to allow her to end the conservatorship long controlled by her father and to choose her own lawyer.

Her 20-minute emotional and almost breathless monologue ramped up worldwide interest in a case that was already the subject of a frenzied #FreeBritney campaign by her adoring fans, who are expected outside court again Wednesday.

It is not known if the singer will address the court directly this time, but at least 10 separate petition hearings and five further items are on the docket, according to the Los Angeles County Superior Court website.

Since her testimony last month, many of the central figures in the complex and controversial network installed to manage Spears’ affairs have distanced themselves.

It is not known if the singer will address the court directly this time, but at least 10 separate petition hearings and five further items are on the docket, according to the Los Angeles County Superior Court website

Samuel Ingham, the lawyer appointed by court soon after her highly public 2007 breakdown – when the shaven-headed star attacked a paparazzo’s car at a gas station – has asked to step down from his role.

So too has the financial management company that was set to assume joint control of Spears’ estate with her father Jamie, who remains in place despite a petition filed last year for his removal.

All three men came in for searing criticism from Spears last month, when the 39-year-old said that “my dad and anyone involved in this conservatorship and my management — who played a huge role in punishing me when I said ‘no’… they should be in jail.”

Her impassioned testimony has drawn widespread support, from fans chanting outside the courtroom to her musical peers Christina Aguilera and Madonna.

Spears told the court that she had been prevented from having a contraceptive IUD removed, despite wanting more children, and forcefully put on medication that made her feel “drunk.” She said she had been made to perform shows under threat of lawsuit and that she was not even allowed to get changed in privacy or drive her own car.

“I just want my life back. It’s been 13 years and it’s enough,” said Spears. The nature of Wednesday’s petitions is not publicly known.

But earlier this month Spears’ mother Lynne filed a petition asking for her daughter to be allowed to choose her own new lawyer. Celebrity website TMZ reported Tuesday that the singer has been in talks with Hollywood lawyer Mathew Rosengart and that he has agreed to represent her.

The former federal prosecutor has previously represented the likes of Steven Spielberg and Sean Penn, and is expected to attend court Wednesday.

Rosengart did not immediately respond to an AFP request for comment.

If the judge approves his appointment, Rosengart would be expected to apply for Jamie Spears’ removal from control of her estate and – at some point – an end to the conservatorship itself.

“I haven’t really had the opportunity by my own self to actually handpick my own lawyer by myself. And I would like to be able to do that,” Spears told the court last month.

“I would like to also – the main reason why I’m here – is because I want to end the conservatorship without having to be evaluated,” she said.

Judge Brenda Penny would also need to sign off on the requests to step down from lawyer Ingham and Bessemer Trust, the wealth manager.

Spears is currently responsible for footing the legal bills for both sides – including the hefty fees charged by the attorneys opposing her in the case.

Wednesday’s hearing will not be available to follow online after a copy of the audio from last month’s hearing – made available for streaming under pandemic protocols – was leaked and circulated online.