* Schools to be closed from Friday; indoor restaurants, gyms and parks have been ordered to shut 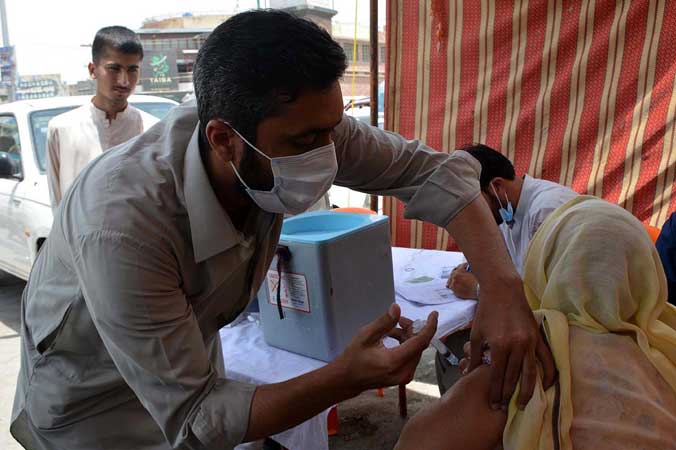 The Sindh government has decided to close schools, impose a ban on indoor dining again and place several other restrictions across the province as Covid-19 cases continue to increase amid fears of a fourth wave.

During the meeting, the chief minister expressed concern over the worsening situation of Covid-19 in Sindh, where the positivity ratio has increased sharply during the past few days. It was also decided to impose a ban on indoor restaurants, amusement parks, water parks, tourists spots, cinemas, gyms and indoor games from Friday.

The development comes amid a warning from health authorities of a fourth wave due to the non-implementation of safety protocols. Before the Sindh taskforce meeting, CM Adviser Murtaza Wahab said, “the number of cases has sharply increased because people have failed to follow SOPs which may compel the Govt to take stricter decisions regarding the closure.” The participants were informed that the provincial positivity has reached 7.4%. To this, CM Shah said a rate over 5% is a matter of concern for the government.

The coronavirus infected 1,980 people across the country on Wednesday, said the National Command and Operation Centre (NCOC) on Wednesday. According to the NCOC, the coronavirus positivity rate reached 4.17 percent as the country continues to report a spike in its daily case count. The NCOC’s data showed that 47,472 tests were conducted on Wednesday and 1,980 of them came back positive.

With 24 new fatalities from the virus, the national death tally pushed to 22,642. The country’s active number of cases crossed the 40,000 mark after a little over a month. The active cases now stand at 40,862.

According to the official portal, the number of recoveries from coronavirus in the country has reached 915,343 and the total number of cases has reached 978,847.

At least 216 new coronavirus cases were recorded in Punjab during the past 24 hours, taking the provincial tally to 348,725.

According to the Punjab Primary and Secondary Health Care Department, at least 7 more patients succumbed to the pandemic as the total death count reached 10,839. The department added that at least 329,012 patients had recovered from the deadly virus as of yet, with 43 people recovered in the past 24 hours.

Sindh reported at least 1,420 new coronavirus cases during the last 24 hours – highest single day tally since May 23 – to take the provincial total to 349,569.

According to Chief Minister Syed Murad Ali Shah, as many as 26 more patients succumbed to the deadly virus as the death toll jumped to 5,647. He further said that 420 more patients recovered overnight, taking the total to 318,796.

At least six patients succumbed to coronavirus in Khyber Pakhtunkhwa during the last 24 hours, taking the death toll to 4,377.

According to health officials, the province reported 250 new cases as the tally jumped to 139,960. As many as 214 patients recovered overnight, taking the total to 133,736.