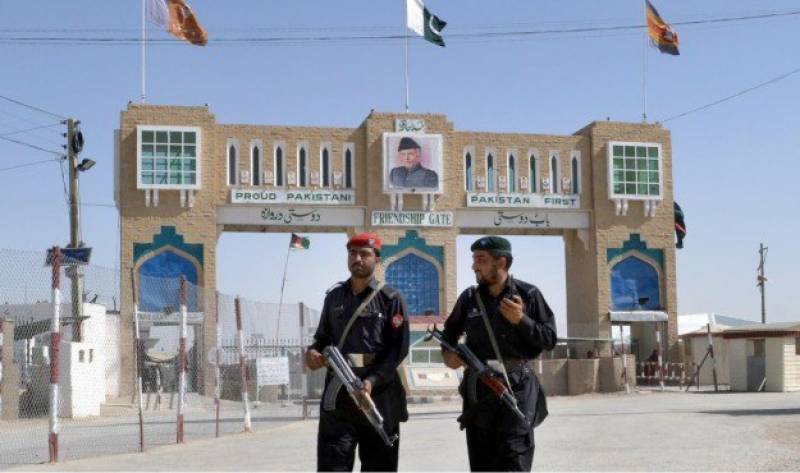 The Afghan Taliban on Wednesday claimed that they had captured the strategic border crossing of Spin Boldak along the border with Pakistan, continuing sweeping gains made since foreign forces stepped up their withdrawal from Afghanistan.

“The Mujahideen have captured an important border town called Wesh in Kandahar,” said Zabihullah Mujahid, a Taliban spokesperson in a statement. “With this, the important road between (Spin) Boldak and Chaman and Kandahar customs have come under Mujahideen control,” he said, and assured traders and residents there that their ‘security is guaranteed’.

However, the Afghan interior ministry insisted the attack had been repelled and government forces had regained the control.

Meanwhile, Chaman Assistant Commissioner Arif Kakar told a private TV channel that security is on high alert. “The Friendship Gate at the Chaman border has been closed,” he said.

After seizing control of the Chaman crossing point Friendship Gate, the Taliban have called on citizens and traders to not use the crossing point for Wednesday.

Pakistan has also suspended activities at the Chaman crossing point in light of the recent development. “The Pak-Afghan border at Chaman is on high alert,” said Levies officials. “Additional security has been deployed at the gate.”

The situation on the ground could not immediately be verified, but according to AFP, social media was abuzz with pictures of Taliban fighters looking relaxed in what appeared to be the frontier town.

The taking of Spin Boldak would be the latest in a string of border crossings and dry ports seized by the Taliban in recent weeks. Its seizure follows days of heavy fighting across Kandahar province, where the government was forced to deploy commando fighters to prevent the fall of the provincial capital even as the insurgents inched closer to taking the frontier crossing.

“The terrorist Taliban had some movements near the border area […] The security forces have repelled the attack,” interior ministry spokesman Tareq Arian told AFP.

Residents disputed the Afghan government’s claims. “I went to my shop this morning and saw that the Taliban are everywhere. They are in the bazaar, in police HQ and custom areas. I can also hear the sound of fighting nearby,” said Raz Mohammad, a shopkeeper who works near the border.