Opp up in arms over Gandapur calling Bhutto a ‘traitor’, Nawaz Sharif a ‘thief’ 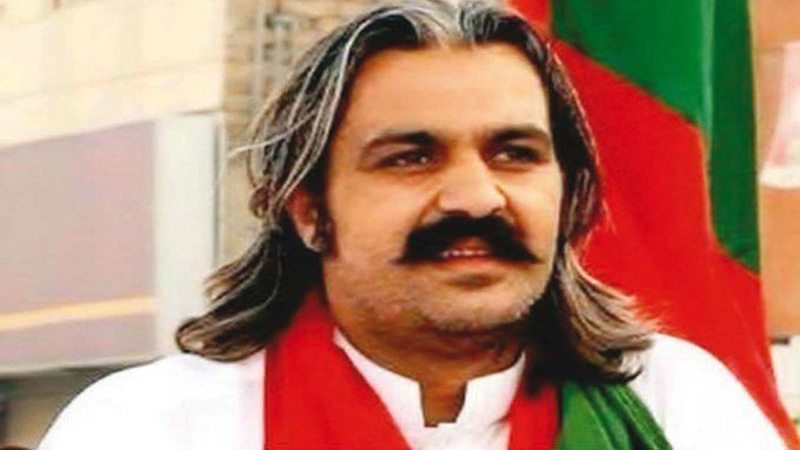 The Pakistan People’s Party (PPP) on Wednesday expressed serious concerns in Senate over Federal Minister for Kashmir Affairs and Gilgit-Baltistan Ali Amin Gandapur’s statement in which he had called Zulfikar Ali Bhutto a ‘traitor’ at a public gathering. Senator Raza Rabbani chanted slogans like ‘government of foul language, government of hooliganism will not work” in the Upper House, but later apologised after the Senate chairman asked him to stop. He added that the politics of calling each other bad would lead to disaster. “Today, Pakistan is saying it has a nuclear bomb because of Bhutto,” Rabbani said, adding that there are some leaders who sacrifice their lives and did not compromise on principles. “Bhutto could have compromised with American imperialism but he did not,” he continued. “He [Bhutto] gathered all Islamic countries in Lahore and said that our army belongs to all Islamic countries and gave the air force to Palestine,” he said. “You want to call him a traitor. If such a political dialogue is to take place, no one will be safe here,” he warned.

During an election campaign rally, Gandapur had lashed out at the PPP and PML-N leaderships. In his speech in Azad Jammu and Kashmir, the minister had declared former prime minister Zulfikar Ali Bhutto a traitor and Nawaz Sharif a dacoit. He had alleged that Bhutto divided the country just for the sake of prime ministership. He then turned his guns towards PML-N’s Maryam Nawaz and said that she claimed to be a Kashmiri, but in fact she was the daughter of Jatts. He had alleged that the PPP and PML-N broke all records of corruption.

Speaking in the House, Senator Moula Bux Chandio said that an “abusive minister of this abusive government” called Bhutto a traitor. “They are paving the way for a new confrontation,” he said.

PPP Senator Sherry Rehman, too, was furious over Gandapur’s remarks. “How did he [Ali Gandapur] dare to say that Bhutto is a traitor,” she asked, saying that there is a limit to the use of abusive language. “Who are these people who give certificates of treason,” she questioned, and asked if Bhutto was a traitor because he brought in the nuclear programme into the country. “Is Bhutto a traitor because he brought your troops back?” she asked.

PML-N Senator Azam Nazeer Tarar said that Gandapur, being a government minister, should be ashamed at the language used by him for Bhutto, Nawaz and Maryam.