The US forces withdrawal from Afghanistan and the fast changing political and security situation there have left India biting the dust virtually.

India had made huge investment in Afghanistan during the last two decades to materialize its nefarious designs against Pakistan through a proxy war, but it’s machinations seemed failing badly during the past weeks. It wanted to curtail Pakistan’s role in development of its neighbouring brotherly country, especially its efforts to help bring about lasting peace there. But, it’s an irony that it had to flee itself due to Afghan Taliban’s fast advancements in capturing various districts after the withdrawal of the US forces from there. Even New Delhi had to pull out its diplomatic officials from its consulates in Kandahar and other places after Taliban widened their control in different provinces.

The Indian Ministry of Foreign Affairs announced on Sunday the Indian officials in the Kandahar consulate had been called back, while the local staff was still working there to facilitate the visa-seekers. Indian ministry’s spokesman Arndam Baghchi said that the return of diplomatic staff was a temporary measure, until conditions were improved, but local staff at the Kandahar consulate would remain working there.

A report, released by the Kashmir Media Service (KMS) recently, said that most of the Indian officials, fleeing Kandahar now, were serving officials of the Indian intelligence agency, Research and Analysis Wing (RAW). The report disclosed that India was desperately trying to further worsen the situation in Afghanistan. It wanted the war to continue in that country, so that it could achieve its sinister designs especially against Pakistan.

Noted defence analyst, Lt-Gen (retd) Naeem Khalid Lodhi, told APP that India was experiencing its defeat on all internal and external fronts in Afghanistan lately, adding that the withdrawal of the US forces had left New Delhi high and dry with no other choice but to leave the country sheepishly.

For the last many years, India had been using Afghan soil to carry out terrorist activities in Pakistan. It had spread an intelligence network in that, mainly to destabilize Pakistan, the analyst said. There is much evidence, shared by Pakistan as dossiers with the international community that India had been involved in providing weapons to certain factions in Afghanistan to foment anarchy and trouble and continue civil war there, he added.

Naeem Khalid Lodhi said that it was also an admitted fact that due to efforts of the Pakistan Army, which rendered huge sacrifices to restore peace in the region, particularly in Afghanistan, terrorism had been reduced to much lower levels.

The defence expert suggested that both brotherly countries should work hand-in-hand to identify and tackle common enemies of peace, irreconcilable and those elements who undermine the valuable peace process.

Earlier, India had been building hydro-power projects on Jhelum, Chenab and Indus rivers in an attempt to harm Pakistan’s economy and to get the capacity to manoeuvre water flows from reaching Pakistan. And now it has become more active in Afghanistan to squeeze the water capacity volume coming to Pakistan from Afghanistan, sources in the Ministry of Water and Power told APP. According to the sources, the Narendra Modi government had directed its engineering experts, working in Afghanistan for years, to make such plans through which the flow in the river reaching Pakistan could be squeezed. These engineers were asked to complete feasibility and engineering works on 12 hydro-power projects, to be constructed on River Kabul in Afghanistan, they added. India had planned to stop Pakistan’s waters coming from Afghanistan, like it stopped the waters of those rivers flowing into Pakistan from India, in total violation of the mutual agreements, as well as international relevant laws.

Centre for Middle East & Africa (CMEA) Director Amina Khan told APP that after the US troops withdrawal, the emergence of Taliban power in Afghanistan is the biggest setback for the intelligence network, spread over there by India over the years. It is now smashed, she said, adding that now when India is fleeing-defeat from Afghanistan, it is still providing arms and ammunition to various Afghan factions to sabotage peace efforts there, as the ongoing developments in the country are a disaster for its nefarious designs.

India is desperately trying to support continuity of war in Afghanistan, as it has seen unprecedented defeat in proxy war against Pakistan. There is no denying the fact that a peaceful Afghanistan will never allow India to fulfill its evil plans against Muslims in Afghanistan and Pakistan, she added. 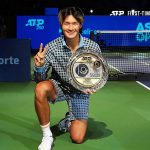