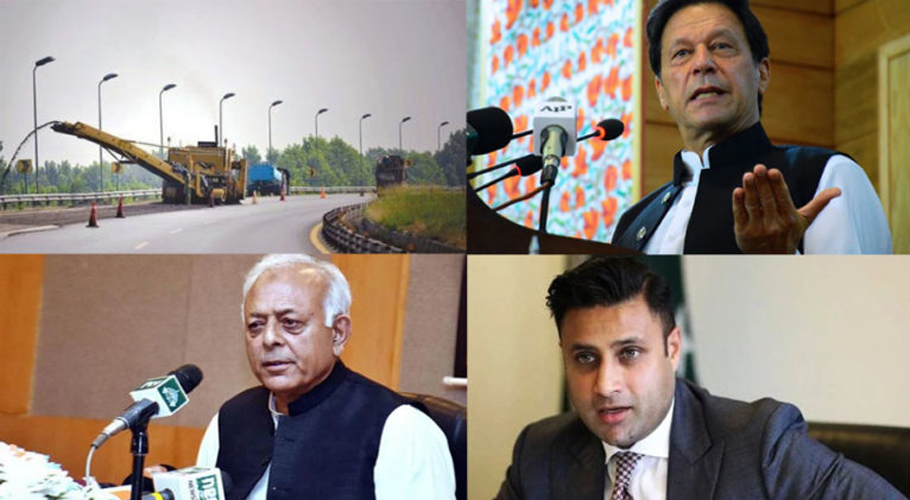 The initial investigation report of the Rawalpindi Ring Road scandal has given a clean chit to political figures as no name of any cabinet member name has been included in the report.

The Anti-Corruption Establishment Punjab on Wednesday submitted the preliminary investigation report of the Rawalpindi Ring Road scandal to the Prime Minister.

Report revealed that the Anti-Corruption Establishment went through 21,000 pages and recorded the statements of about 100 people during the probe.

The report further revealed that the realignment of the ring road and illegal award were proved. The change in ring road alignment was not approved by the Provincial Development Board, it said.

The matter of Rawalpindi Ring Road project related housing societies will be investigated by the National Accountability Bureau (NAB, the report stated.

Anti-Corruption Establishment Punjab has lodged a case against the project director (PD) and deputy director as well as other relevant people.

According to the findings, no separate meeting on alignment with CM was held.  The PD and RDA were responsible for the approval of alignment, the report said.

The report further revealed that the claim of the project director regarding the Punjab chief minister’s approval proved wrong. The project director and deputy director proposed five new interchanges at Nakrali, Chak Beli, Adyala, Airport & Chakri Road to give benefit to the housing societies while the prime ministers’ orders were violated in the project.

Revised the PC-I added a Cost of Rs 10 Billion to the project, the report said.