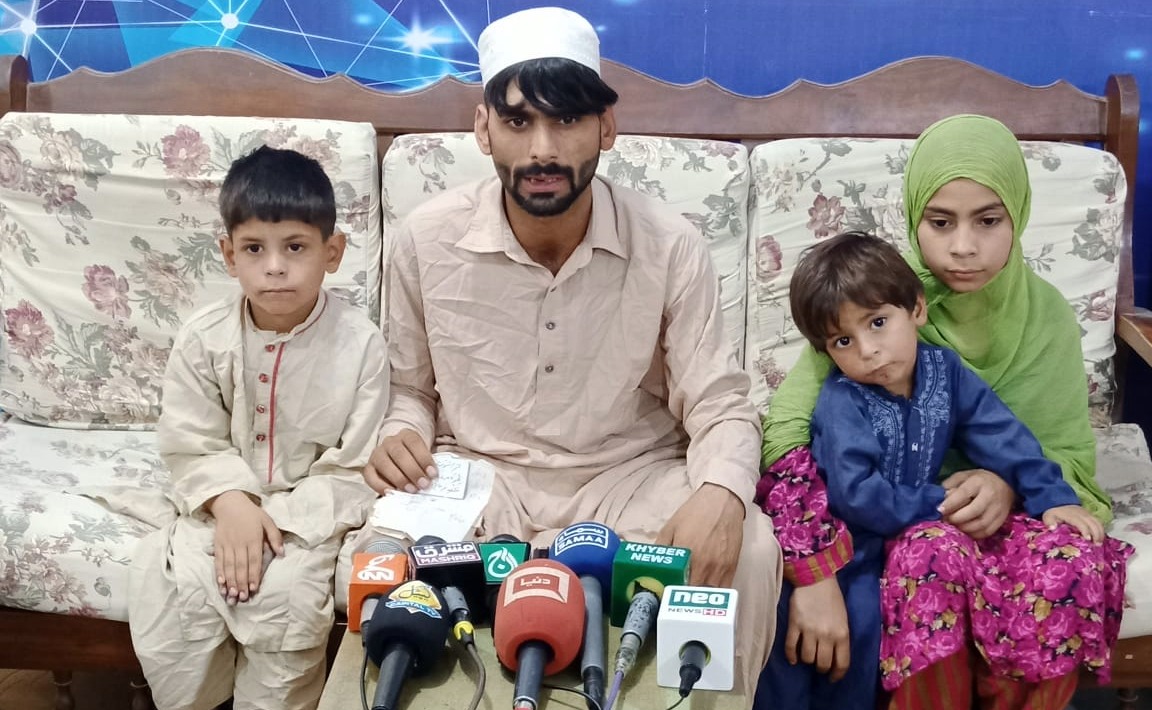 SWAT: A poor fruit seller from Mingora has been arrested on charges of not giving free fruits to the ASI.

According to the fruit seller, they snatched thousands of rupees and harassed him.

The laborer has declared self-immolation in front of Rahim Abad police station for not getting justice while the police have denied the allegations.

Umair, a fruit seller from the Qambar area of Mingora, told a press conference at the Swat Electronic Media Association office that he was selling fruits at a stall near the general bus stand.

Sometime ago, ASI Investigation Anwar took free fruits from him and a few days later, he demanded free fruit again.

When he asked for money, he was handcuffed with a charge of a kilogram of hashish and later sent to jail.

“During this time, more than Rs 7,000 was taken from me. My stall was turned over. I complained to former Nazim Qambar Irfan Chatan. He sent me to the police station with a letter. Instead of paying my money, they disgraced me and kicked me out.” He added

“I now live in a one-room house, I am poor, I am indebted to the fruit market people who come to my house and demand their money, I can’t even work because of ASI” Umair added.

“I appeal to the DIG, DPO to save me from the tyranny of ASI Anwar and give me justice. If I do not get justice, I will burn myself in front of Rahimabad police station along with my children,” he said.

Meanwhile, in this regard, when ASI Investigation Anwar was contacted, he said that the person responsible was arrested by the Operation Police.

He further said that we conducted an investigation in which Umair was found guilty, if the allegations were proved by the laborer I will resign.