Nawaz is not a ‘choice’, would never surrender, says Maryam Nawaz 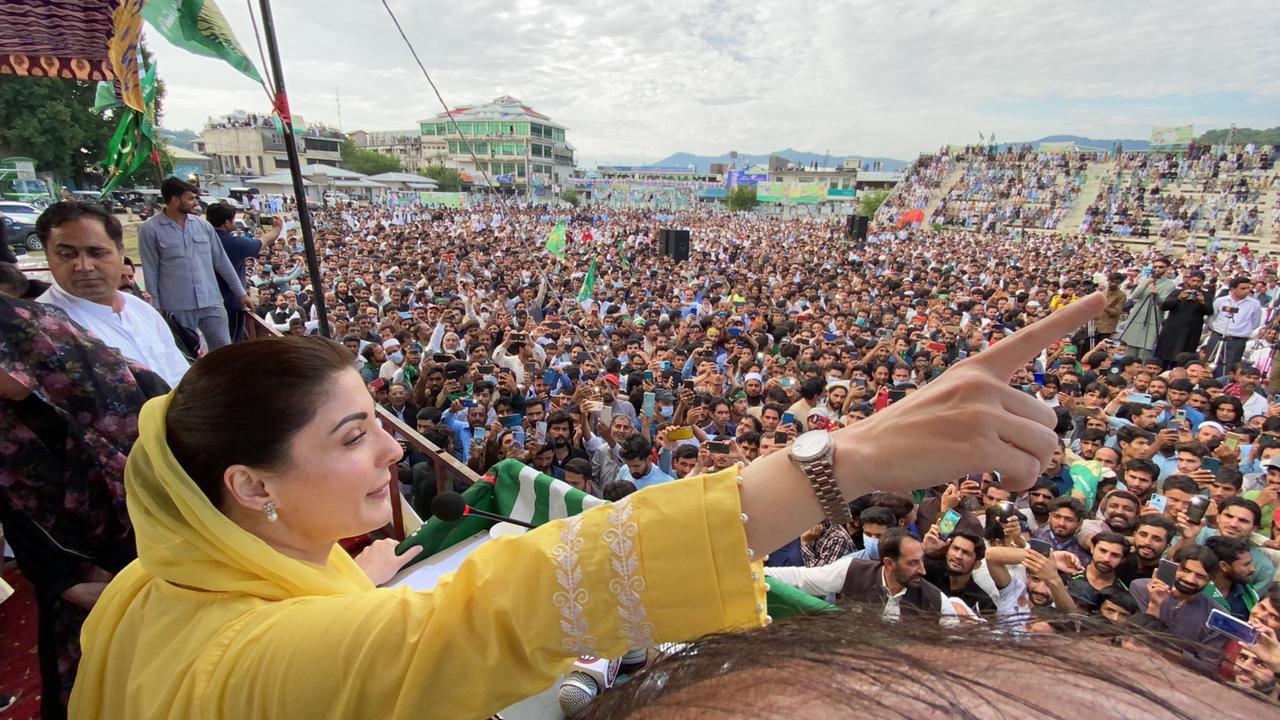 She said that history would remember Prime Minister Imran Khan as a puppet premier and accused him of acquiring power after stealing votes. She claimed that Imran himself confessed and told his people that the ‘selectors’ had no choice except him.

The PML-N leader said that the former prime minister had not sold his conscience unlike the PM Imran Khan.

She criticized that India had cut Kashmir which was the jugular vein of Pakistan with just one stroke of the pen in the PTI tenure, adding that India could not have dared do so if Nawaz’s government was in power.

Addressing PM Khan, she said: “Azad Kashmir has pronounced its verdict, no matter what you do.” She advised him not to visit Kashmir as he came to power by stealing elections and not by the people’s votes and warned that this time Nawaz would not allow him to trample people’s votes.

She mocked PM Khan’s 22-year-old political struggle, saying he had made a bad bargain.

Maryam maintained, ‘politicians’ struggle is not for the throne, rather they rule on the hearts of people. She appreciated Nawaz’s bold stance for Burhan Wani. She said Nawaz was sitting in London due to his medical condition; otherwise, he would have cornered his opponents in the AJK elections.

She claimed that PM Khan wanted to make Kashmir a province, adding that Kashmiri people would prefer to die but won’t let it happen.

She flayed the government for unleashing a tsunami of inflation and poverty in the country.