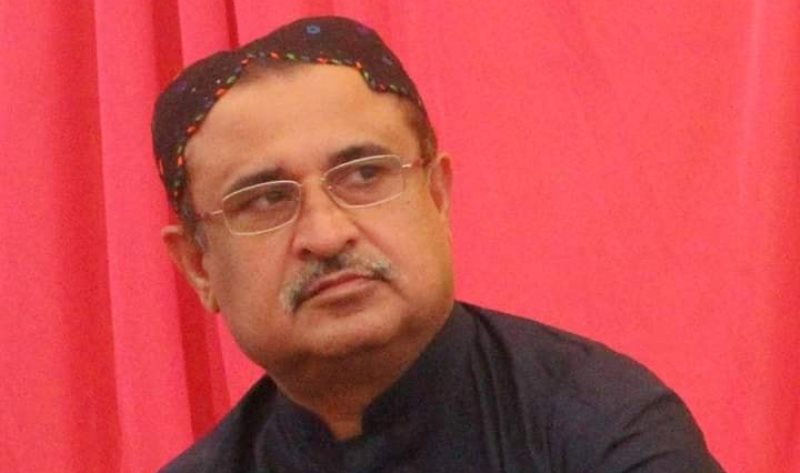 The Supreme Court of Pakistan granted Aijaz Jakhrani, Adviser to Chief Minister Sindh on Prisons, pre-arrest bail until July 19, preventing the NAB from apprehending him.

“I am ready to cooperate with NAB in the investigations,” he said after the Sindh High Court (SHC) had recently rejected his bail plea.

The apex court judge Justice Munib Akhtar also got annoyed during the bail hearing over bringing a mob inside the court premises.

“Why have you brought so many people inside the court,” the judge asked and sought an assurance from Aijaz Jakhrani that such action would not be repeated.

The adviser assured the court of not repeating it and denied that the mob had anything to do with him.

The provincial advisor has recently evaded arrest after a National Accountability Bureau (NAB) team that raided his home in Jacobabad was surrounded by his supporters and attacked.

The anti-graft watchdog had accused Aijaz Jakhrani and four others of their alleged involvement in corruption worth Rs740 million in a reference, whereas, the Sindh CM’s aide and 12 others are facing charges of Rs360 million corruption in the second reference.

On November 6, an accountability court had indicted five accused including Adviser to the Chief Minister on Prisons, Aijaz Jakhrani, in assets beyond income case.