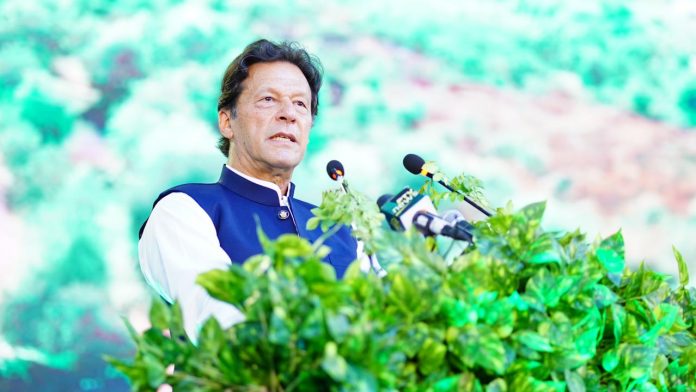 Prime Minister Imran Khan said on Wednesday that new, stricter legislation will be enacted to combat unlawful land occupation, claiming that land grabbers historically got away with it because of the lack of sanctions and incarceration.

While inaugurating various development projects in Islamabad, the prime minister stated that land prices have increased in the capital, attracting land grabbers to illegally seize the land.

“Whenever we apprehend a land grabber, they come out after securing bail from courts,” he said and shared that mostly land grabbers are not deterred from committing the act again owing to fewer punishments of imprisonment and fines.

Imran Khan said that the government was now bringing a new bill pertaining to land grabbing in order to make its actions against the illegal occupation of land more effective.

The prime minister also advocated for a new master plan for Islamabad and the creation of more green areas in the federal capital.

“Islamabad is expanding rapidly with manifold increase in traffic and number of citizens,” he said and added that they need to plan the city from now onwards in order to bring improvement in the future.

In the past, the prime minister said that Islamabad had more greenery and there was more rainfall there than in London. “To overcome this issue, first we need to work on the master plan and develop more green spaces,” he said.