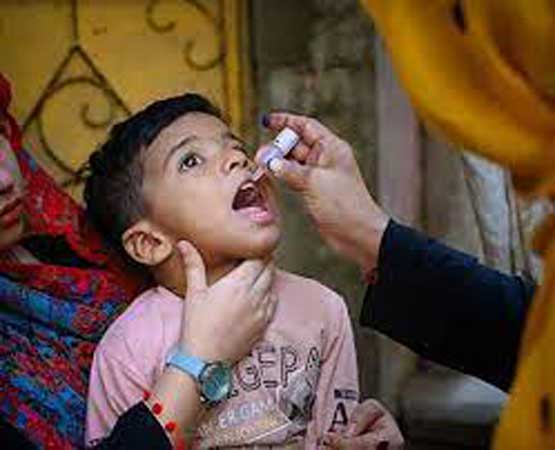 They were joined at a PILDAT Briefing Session held today on the subject of Polio Emergency in Pakistan. Honourable Speaker, Provincial Assembly of Khyber Pakhtunkhwa, Mr. Mushtaq Ahmed Ghani, chaired the Briefing Session. Addressing the session, he said that PILDAT had also played a very important role in the awareness of MPAs of Khyber Pakhtunkhwa about nine years ago when polio was on the rise and travel sanctions were anticipated.

He also stressed the need for addressing the mistrust and myths surrounding the polio vaccine and asked MPAs to be more involved with their constituents for removal of misconceptions about the polio vaccine. Ms. Rabia Basri , MPA and Chairperson Standing Committee on Health said that misconceptions about the polio vaccine need to be addressed, adding that it is the safest vaccines of all. She said that MPAs need to talk to communities and convince them to vaccinate their children through polio campaigns. In his presentation Mr. Abdul Basit, Coordinator Emergency Operation Center, Khyber Pakhtunkhwa briefed MPAs on the current situation of Polio in Khyber Pakhtunkhwa and Pakistan. He asked for the cooperation of the elected members in addressing the misconceptions and stressed for an effective role of members during polio campaigns.