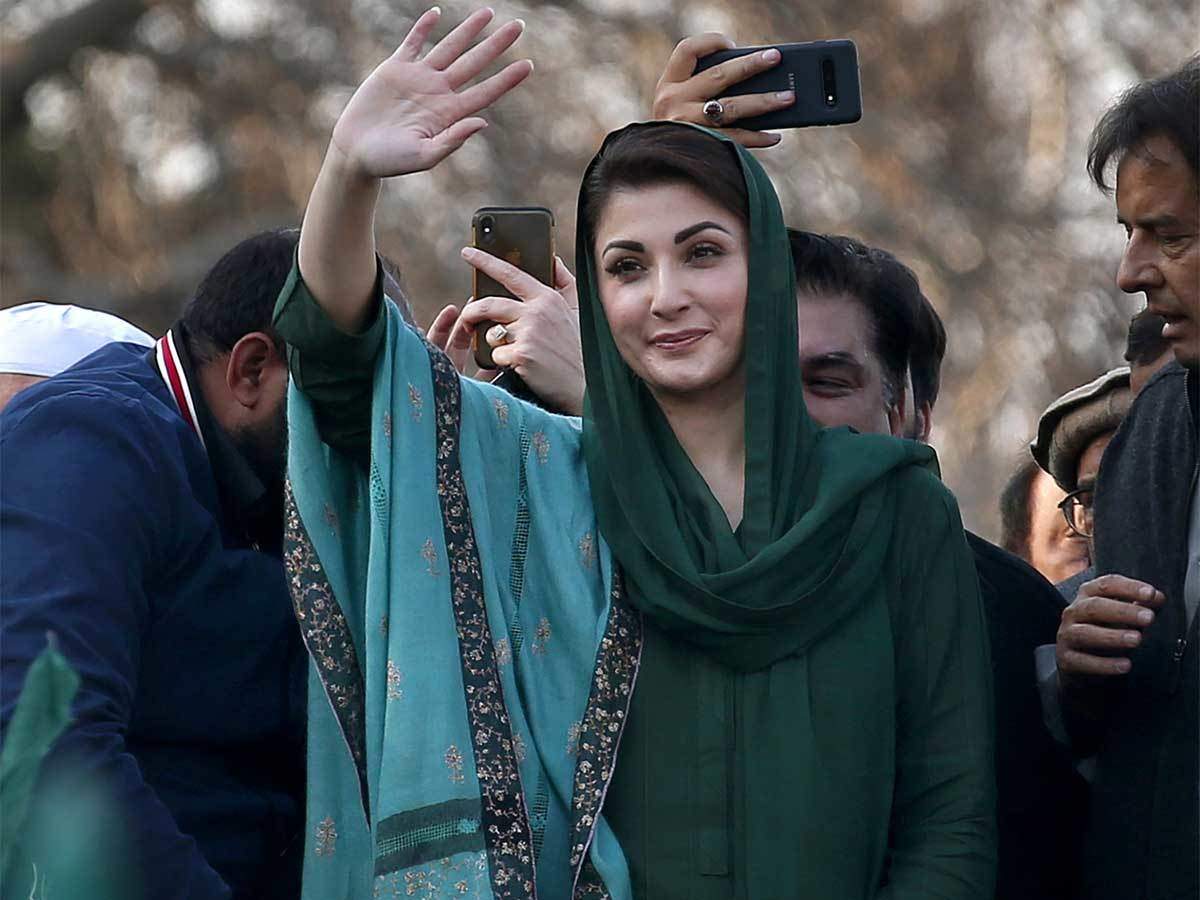 Mayram Nawaz criticised  Prime Minister Imran for cowardly projecting the cause of Kashmir.  “Imran Khan is a convict in Kashmir case,” the Pakistan Muslim League-Nawaz vice president said in her Kotli address to an election rally on Tuesday.

“A weak, coward and fake prime minister fought the case of Kashmir,” the ex-premier’s daughter said adding that Imran Khan let the Indian government retain its occupation in the Valley.

She paid tribute to the Kashmiris who sacrificed their lives for the cause on Youm-e-Shuhada-e-Kashmir, which has been marked since July 13, 1931.

“We salute to the martyrs,” she added and promised that the PML-N would not let Imran Khan their sacrifices and the struggle of Kashmiris for their just right to self-determination, go all in vain.

She claimed she got to know about Imran Khan’s plot against Kashmir, saying he wanted divided.

“Now PM Imran Khan wanted Kashmir made a province,” she claimed, adding that after doing “such crimes, he is willing to come to AJK for electioneering.

She urged her supporters to stop Imran Khan at Kohala Bridge if the latter comes to AJK and said that Kashmiris will to go to all extend if AJK elections are manipulated.

The PTI government has the history of U-turn, she said adding that they promised building thousands of houses but they made people homeless.

Maryam is heading the PML-N campaign for AJK election scheduled to be held on July 25.  On July 12, Maryam foresaw the PTI’s defeat in the upcoming election saying that she would not let anyone to snatch Kashmiris’ rights.

On July 11, she hurled blames at the ruling party for its failure to protect the right of Kashmiris and claimed that the government planned to steal public mandate in AJK too. However, she added that she won’t let it happen.

On July 10, she claimed the PTI government wanted to make Kashmir the fifth province of Pakistan and alleged the government’s agenda was to divide Kashmir. She said: “Only fearless Nawaz Sharif can be the leader of the brave Kashmir, not selected Imran Khan.”

On July 9, the PML-N vice-president dubbed the premier Imran Khan Kashmir seller (Kashmir Farosh), saying:  “Imran Khan is more dangerous than coronavirus and he is so dangerous that he has sold Kashmir and now is preparing to inflict irreparable loss to AJK.”