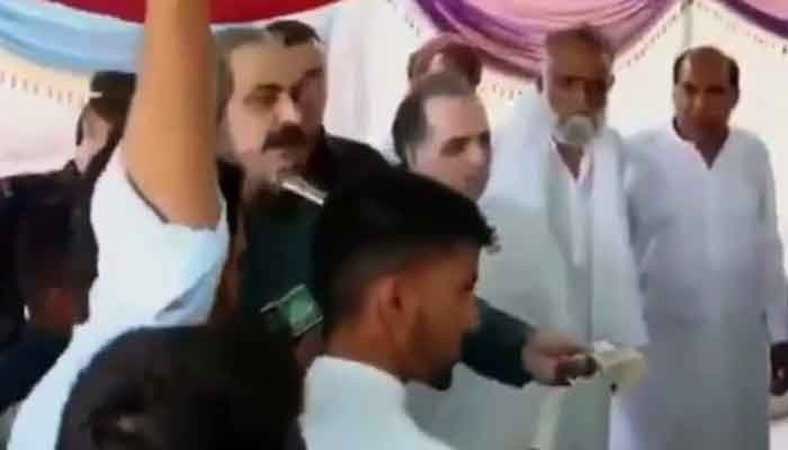 MUZAFFARABAD: Retired Justice Abdul Rashid Sulehria, the Chief Election Commissioner of Azad Jammu and Kashmir, has ordered the registration of a case against the Federal Minister for Kashmir Affairs and Gilgit-Baltistan Ali Amin Gandapur for donating cash during the party’s campaign for the July 25 Legislative Assembly elections.

According to sources, the CEC rejected a report from Returning Officer Mirpur Dadyal Raja Shamriz and ordered authorities to take action against the PTI minister.

The CEC was alerted last week when a video showing the minister contributing cash during the campaign for the July 25 election went viral. He also wrote Prime Minister Imran Khan a letter informing him of the developments and the AJK Election Commission’s rule of conduct.

The money was confiscated by the RO for Mirpur after PTI member Chaudhry Rasib acknowledged to accepting money from Gandapur during the campaign.

Shamriz had presided over a hearing on Gandapur’s distribution of funds.

Rasib acknowledged to receiving Rs390,000 from the minister during the hearing, but said that PTI candidate Azhar Sadiq, who is running for election, had nothing to do with the event.

The money was seized by the RO, who also ruled the Assembly candidate innocent and issued a comprehensive report to the AJK CEC.