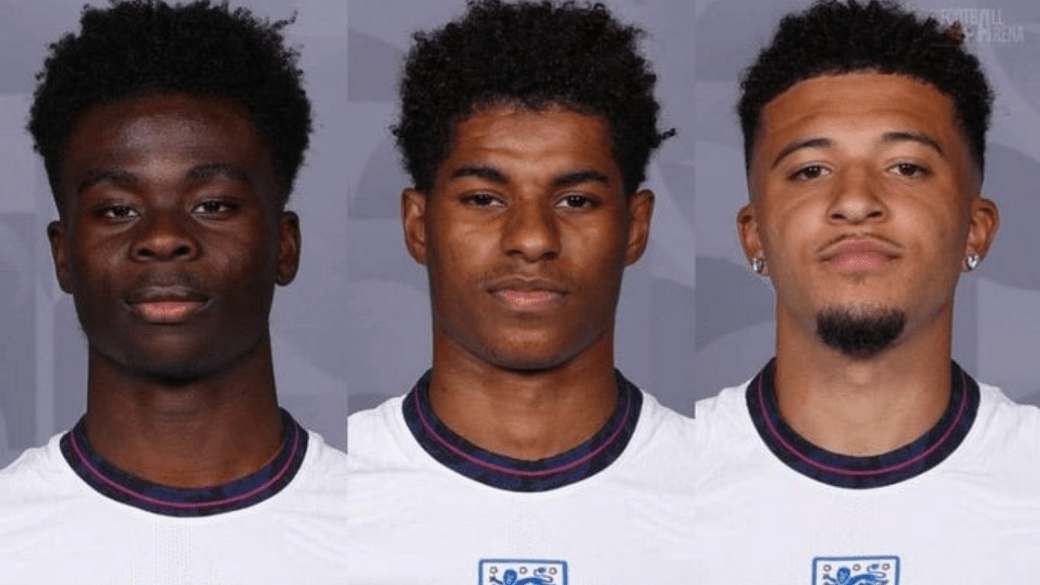 On Twitter, the Rawalpindi Express posted a photo of England footballer Bukayo Saka, who was distraught after missing the game-winning penalty, while Italian teammates rushed towards goalie Gianluigi Donnarumma.

“A picture is worth a thousand words.” “Football can be cruel,” Akhtar said on Twitter on Monday.

“I sincerely hope Rashford, Sancho, and Saka are not subjected to racial abuse.”

The social media abuse of black athletes stunned the sports world, prompting many to demand an end to hate speech on social media platforms.

Boris Jonson, the UK Prime Minister, also criticised internet abuse, stating that sportsmen should be praised rather than ridiculed.

On Twitter, Johnson said, “This England squad deserves to be hailed as heroes, not racially insulted on social media.”

“Those who perpetrated this heinous crime should be ashamed of themselves.”

Following the #Euro2020 final, the Metropolitan Police stated that they were “aware of a number of abusive and racist social media remarks made towards footballers.”

“This is completely inappropriate, and it will not be tolerated or investigated.”