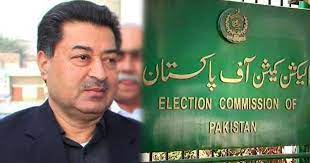 The Supreme Court on Tuesday, has fixed a petition for hearing regarding challenging the appointment of Chief Election Commissioner Sikandar Sultan Raja after excluding the  objections of the registrar office.

According to the reports, the apex court has set aside the objections and alleged misconceptions raised by the registrar office of the court over an application challenging the appointment of the CEC and fixed the petition for hearing at the earliest. Furthermore, it was stated that hearing would take place in an open court.

Justice Mushir Alam held an in-chamber hearing of the case on Tuesday.

In the remarks given by him, it was stated that the matter would be looked upon that how a judge could be appointed as chief election commissioner without the consultation of chief justice of Pakistan.

In his remarks he also stated that it could also be assessed how bureaucrats and technocrats would be given same status as that of judges. Advocate Ali Azeem Afridi has submitted a petition against the CEC appointment in the apex court.