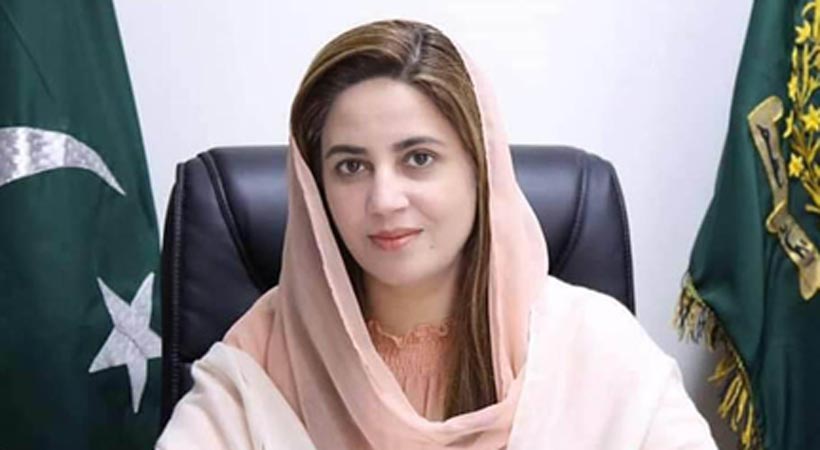 Minister of State for Climate Change Zartaj Gul Tuesday claimed that all corrupt political orphans have no credibility in the eyes of masses and ruling Pakistan Tehreek-e-Insaf will clean sweep upcoming Azad Jammu & Kashmir (AJK) elections with a thumping majority.

Pakistan Peoples Party (PPP) and Pakistan Muslim League Nawaz (PML-N) were also exerting themselves to clinch victory but the prospects of PTI’s victory were far brighter than them, she said while speaking to a private news channel.

She said the PTI government was committed to bring major development packages for AJK , adding she said the whole system would be changed with the power of the vote and the PTI would start a new phase of prosperity in AJK after the elections.

She promised that PTI’s manifesto for AJK is not mere words, it will be implemented in letter and spirit, as PTI was sincerely working for the welfare of the country under the honest and sincere leadership of Prime minister Imran Khan.

Gul said past two governments of PML-N and PPP have totally ignored the Kashmir cause and were doing nothing practical to solve the decades-old dispute.

She further criticized that PPP is responsible for the destruction of urban Sindh, people suffered a lot due to PPP’s ethnic based politics.

She asked PPP to first focus on the betterment of Sindh and then participate in coming AJK election as Sindh government had done nothing to save Karachi from possible urban flooding and people of Sindh had no drinking water and no dog-bite vaccines yet.