Pushing PML-N to wall no service to nation: Shehbaz 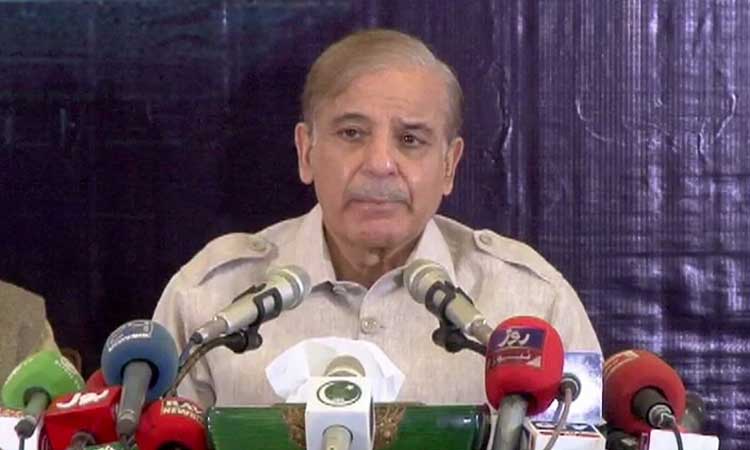 Pakistan Muslim League-Nawaz (PML-N) President and Leader of the Opposition in National Assembly Shehbaz Sharif on Monday came down hard on the government due to ongoing energy crisis.

Addressing a press conference at PML-N Secretariat in Model Town Lahore, the opposition leader said that there was load shedding of 20 hours before Nawaz Sharif took the reins of the country in 2013 but the PML-N government successfully gave a load shedding-free Pakistan in 2018.

Accompanied by former Finance Minister Miftah Ismail, party’s deputy secretary general Attaullah Tarar and Punjab’s Information Secretary Azma Bukhari, the opposition leader said pushing the PML-N to the wall is no service to the nation. “We are being targeted for giving cheap transport, free medicines, laptops and health cards to the people,” said the PML-N president, adding that they were jailed in fake cases for serving the nation. “Not a single penny’s corruption could be proved against me, Shahid Khaqan Abbasi, Khawaja Asif and Ahsan Iqbal,” he said.

The PML-N President preferred not to talk about the ongoing war of words between the PPP and PML-N or the AJK elections. He kept his focus on the electricity shortage in the country and the power plants that were set up during the tenure of the PML-N.

According to Shehbaz Sharif, electricity load shedding across different parts of country is taking place due to incapability of the government. He added that the PML-N government had installed four power plants in Bhikki, Haveli Bahadur Shah, Baluki and Trimmu. “Not a single penny’s corruption was proved in our power plants and these plants are the cheapest in the world,” he claimed. “These power plants had helped save Rs 250 billion of the nation. The Neelum-Jhelum power project was completed by the PML-N government after a 20-year-long delay at a cost of $5 billion while its initial cost was $800 million,” he said.

Criticizing the government, he said that the PTI had pledged to build 350 small dams but not a single can be seen today while people are facing long hours of load shedding.

“Is this the Naya Pakistan they were promising?” he asked. “Ridding the country of load shedding between 2013 and 2018 was no less than a miracle and it came just because of our hard work and commitment,” he asserted. According to Shehbaz Sharif, the coal power plants installed under the China-Pakistan Economic Corridor (CPEC) by the PML-N government were the cheapest among thermal projects. He added that the power project of Sahiwal was ready in 22 months while a similar project in China was completed in around 32 months. “It clearly shows that the PML-N government had worked loyally to steer the country out of power crisis. Nation will not progress by pushing the PML-N to wall,” the opposition leader said.