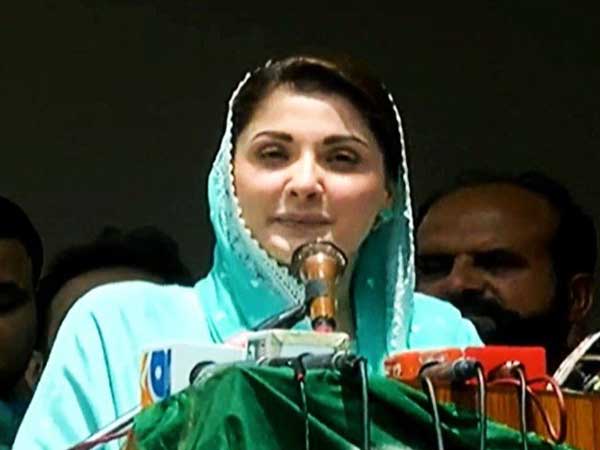 PML-N Vice President Maryam Nawaz on Monday called upon the state institutions to follow former prime minister Nawaz Sharif’s narrative if they want the country top move on the path of progress and prosperity.

“If the country is to move on the path of prosperity then the narrative of Nawaz Sharif needs to be adopted… the time is not far away when everyone will be following it,” she said while addressing a rally in Azad Jammu and Kashmir’s Leepa Valley ahead of July 25 elections. “My father is a patriotic Pakistani and his criticism should not be considered against institutions but rather against certain people,” she said. “A few individuals create propaganda against the former premier. However, his only crime is talking about the wellbeing of the masses,” she added.

The PML-N leader, taking a jibe at PTI, said there is a party in Pakistan that is better at stealing votes rather than solving problems. “Imran Khan’s minister was caught red-handed while distributing money [during the election campaign],” she said as she slammed Federal Minister for Kashmir Affairs and Gilgit Baltistan Ali Amin Gandapur.

Maryam further berating the prime minister said his party was failing to maintain a simple majority in the Parliament, as she claimed that PM Imran Khan was a “coward” and could not face Nawaz on the ground. “The narrative that Imran Khan has built – backed by the selectors – has fallen flat on its face,” she said.

The PML-N leader said their corruption narrative has fallen flat on its face as Imran Khan has to “steal” elections to win against Nawaz. “I suggest Imran Khan should stop the injustice and review his deeds. He should roll out a prayer mat, pray, repent for forgiveness, and apologise to the people of Kashmir and Pakistan,” she added. “Your enthusiasm is telling me that the lion will roar once again in Kashmir. Imran Khan should not come to the region and waste his time, as it has announced its decision,” she said. “Maryam and Nawaz Sharif cannot sit idle if injustice is being done to the people of AJK. I saw young soldiers of the Pakistan Army almost everywhere in the Neelum Valley. I greeted them, and they saluted me. They are stationed far away from their homes to protect us,” she said. “The salaries of soldiers had increased during Nawaz’s tenure, and they will not move up in PM Imran’s regime; even Nawaz’s enemies acknowledge his patriotism,” she added.