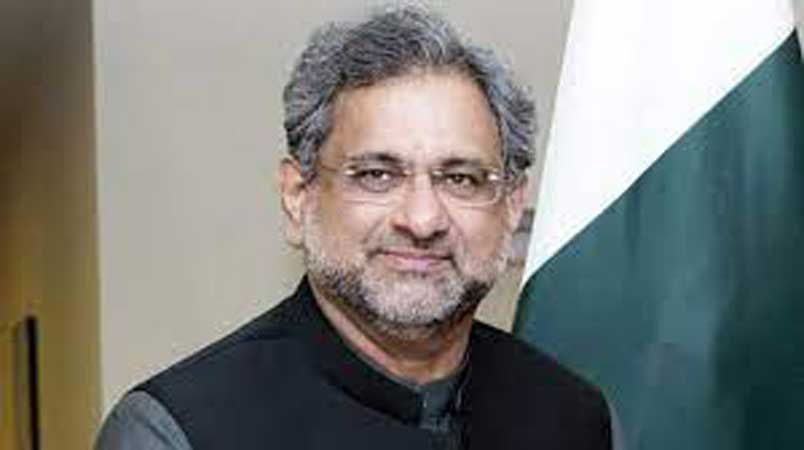 Former prime minister Shahid Khaqan Abbasi has said that corrupt ministers are sitting in the government challenging the government to oust them, besides asking the National Accountability Bureau chief whom he is showing his loyalty.

The PML-N leader was talking to media outside the accountability court on Monday where he came to attend a reference against him regarding abuse of power.

Abbasi said that a case pertaining to the appointment of PSO managing director had been in the court for the last two years but the accountability watchdog had failed to prove wrongdoing in it. He asked the media persons to read judgements of Lahore and Islamabad high courts then the truth would be revealed.

He was of the view that fabricated cases were lodged against them. He said the ministers who were boastful that they caught us, were now hiding their faces and making statements to clear their positions. He said the corrupt were sitting right in the government. He asked how many ministers were removed from their positions when their names appeared in the corruption cases. He dared the government to remove them.

He said he was not afraid of NAB. He stated if the NAB chief had read the Lahore and Islamabad high courts’ judgements, he would be ashamed.

He said that the Islamabad High Court had given a detailed judgement on his bail application, adding that the court termed the case against him unsubstantiated. He rued that now the government people were clearing their positions. He said that they had been telling the nation about his corruption for the last three years but their assertions were all lies.

Abbasi said the courts had given three judgements in a week and all belied the NAB cases. He cautioned that if NAB continued to act like this, nobody would work here. He stated that they could not make a single case of corruption against PML-N supremo Nawaz Sharif.

He lamented that there was a shortage of electricity in the country asking who was responsible for that. He asked the NAB chief of whom he was showing his loyalty and of who he was a slave? Who is involved in the scandals of sugar and wheat, he further asked?