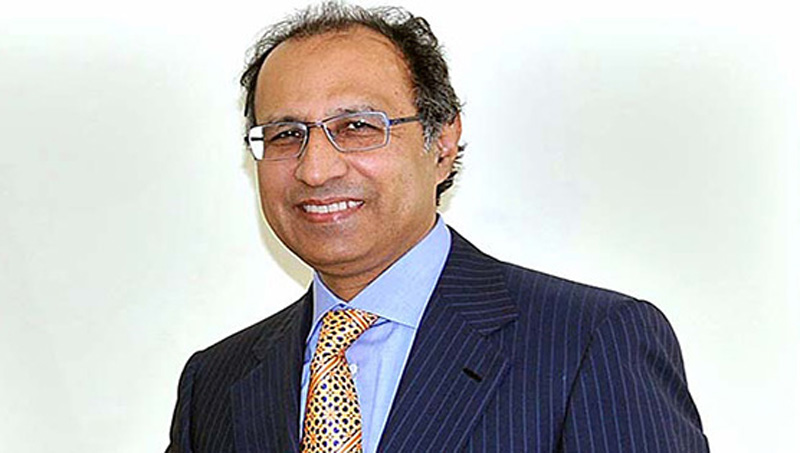 The National Accountability Bureau’s (NAB) Karachi office has requested to file a reference against former finance minister Abdul Hafeez Shaikh, a spokesperson for the anti-graft watchdog said on Monday.

The spokesperson said NAB Karachi’s Regional Board meeting has sent requests to the central office for filing reference and decided to start proceedings in several cases against the former minister and officials of the Federal Board of Revenue (FBR) over ‘misuse of authority’ causing loss to the tune of $11.125 million to the national exchequer.

Hafeez Shaikh – who left the ministry a few months back – and two former chairmen of the Federal Board of Revenue (FBR), Abdullah Yousuf and Salman Siddique, have incurred losses worth $11 million to the national exchequer, the spokesperson said.

PPP’s ex-financial czar Abdul Hafeez Shaikh served as the finance minister before being unceremoniously sacked in March – that too when Prime Minister Imran Khan had claimed the economy was on course to recovery.

PM Imran had then appointed PPP’s ex-senator Shaukat Tarin as the country’s new finance minister. It was reported that PM Imran had removed Shaikh due to spiralling inflation and differences over the International Monetary Fund (IMF) programme, particularly on recommending sweeping governor-centric powers to the central bank.

In December 2020, Shaikh was elevated as finance minister after serving as adviser to the PM on finance for 21 months. However, as per Article 91 (9) of the Constitution, he couldn’t remain a minister for more than six months until he was elected to one of the houses. Later, the PTI government had nominated him as senator from Islamabad’s coveted seat but the opposition parties’ joint candidate, ex-PM Yousaf Raza Gillani, had pulled off a victory against Shaikh in the Senate elections despite having less numbers on the papers.

According to the official statement of the anti-graft body, the regional board has recommended filing of reference to the competent authority against officers and officials of FBR and others.

“Accused Dr Abdul Hafeez Sheikh, Ex-Minister of Finance, Abdullah Yousaf, Ex-Chairman FBR, Salman Siddique, Ex-Chairman FBR and others are involved in misuse of authority thereby causing loss to the Government Exchequer to the tune of US$ 11.125 million,” the statement read.

Apart from authorising to file reference against Shaikh and others, the board recommended filing of reference to competent authority against officers and officials of the Land Utilisation Department, Board of Revenue and others.

Meanwhile, the board accepted plea bargain application of accused Nazeer Ahmed for Rs 1.083 million in investigation against officers and officials of the revenue department, Thana Bola Khan, District Jamshoro and others and recommended for approval of the accountability court Hyderabad.

The Board authorised inquiry against accused Fiaz Solangi, ex-deputy commissioner of district West Karachi & others. The accused being DC West Karachi was allegedly involved in various corruption and corrupt practices, the statement read.