The Elementary and Secondary Education Department Khyber Pakhtunkhwa has decided to start a second shift in public sector schools across the province from August 2021 and has allocated Rs 364.75 million for the purpose.

A spokesperson for the Education Department Tuesday told APP that the department has trained 104704 teachers under the Continuous Professional Development (CPD) and Induction Programmes while 103784 teachers would be trained next year to teach the students of second shift.

The provincial government decided to start the second shift at primary, middle, high, and higher secondary schools in the province and Chief Minister Khyber Pakhtunkhwa, Mahmood Khan has approved starting a second shift in the government schools in KP.

Khyber Pakhtunkhwa Minister for Education Shahram Khan Tarakai has said that the second shift would be first started in schools located in far-flung areas of the province. The main reason to start the second shift in schools was to lower down the school dropout rate, he added.

The second shift would be started on a need basis in all districts of Khyber Pakhtunkhwa where priorities would be given to teachers of the same school to teach students. Teachers get a chance to get a raise in the salaries as they get the opportunity to work in two sessions; it would pave the way for the unemployed human resource by getting a job in the second shift.

The Khyber Pakhtunkhwa government has identified 117 schools for launching a second shift in different districts from the upcoming academic year to bring out of school children under education-net.

These government schools were identified on the basis of quality infrastructure including class rooms, washrooms, furniture, availability of teachers and laboratory equipment where street children would be enrolled from the upcoming academic year, the official sources told.

These schools were identified following adaptation of an inclusive policy prepared by the Education Department KP for launching of double shift in public sector schools to bring about two million street children under education net and would help to discourage child labour in province. 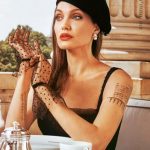 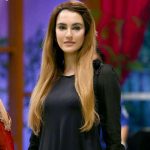