Govt will not let Shehbaz flee, ‘Come what may’ clarifies PM’s Adviser 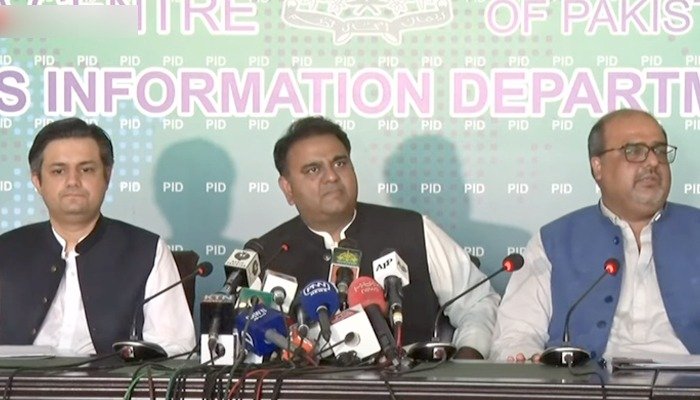 ISLAMABAD: Countering the Leader of Opposition in National Assembly Shehbaz Sharif, Adviser to Prime Minister on Accountability and Interior Shahzad Akbar said that the government will not let Pakistan Muslim League-Nawaz (PML-N) leader Shehbaz Sharif run away from the country.

While rejecting the allegations of harassment raised by Shehbaz Sharif against the Federal Investigation Agency (FIA), Akbar said: “FIA had served a notice former CM Punjab, along with a questionnaire, to answer the allegations of corruption of billions of rupees. The PML-N leader should answer the notice instead of maligning state institution.”

“Shehbaz Sharif is facing very serious charges of corruption with strong evidence presented before the court,” he added, the government would not allow him to flee the country, he stated too.

Speaking on the occasion, Federal Energy Minister, Hammad Azhar, said that no forced load shedding is taking place in any part of the country. “If some areas are witnessing load-shedding is due to result of weakness in the power transmission system,” he explained.

Minister for Information and Broadcasting, Fawad Chaudhry said entire the entire world is appreciating Pakistan’s efforts for peace in Afghanistan. The government is pursuing the vision of Prime Minister Imran Khan that Pakistan will be a partner in peace, but not in the conflict, he added.

Talking about upcoming elections in Azad Jammu and Kashmir, Fawad said position of Pakistan Tehreek-e-Insaf will only grab more seats but will form its govt in AJK. “PTI is very strong in AJK, which is evident with the fact that it has fielded candidates in all the constituencies,” he added.

Responding to PML-N President Shahbaz Sharif’s news conference, Fawad Chaudhry said that the former Punjab CM Shehbaz Sharif should answer the allegations of corruption against him instead of criticising the federal government.