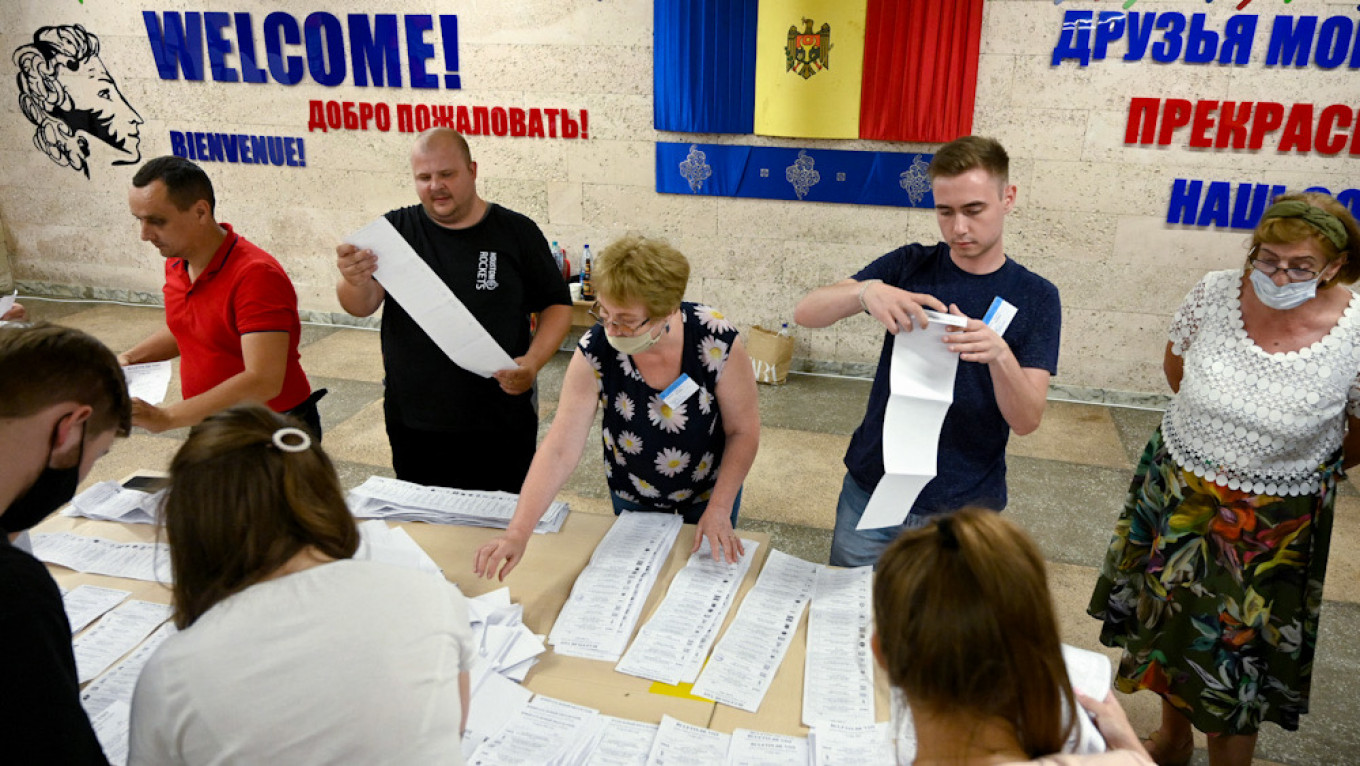 Sunday’s snap election — called by Sandu in April to shore up her position against pro-Russia forces — saw her centre-right Action and Solidarity (PAS) party take 52.80 percent of the vote. PAS will get 63 seats in the 101-seat parliament for four-year terms, according to the Central Election Commission. A coalition of socialists and Communists, led by former Kremlin-backed president Igor Dodon, came second with 27.17 percent, the commission said Monday, with all votes counted. After early results showed her party leading late on Sunday, Sandu hailed what she said had been a vote for change in a country beset by poverty and corruption. “I hope that today will be the end of a difficult era for Moldova. I hope that today will be an end to the rule of thieves over Moldova,” she said in a statement. Her rival Dodon expressed disappointment at the result, saying in a statement: “We obviously wanted a higher overall percentage.” He congratulated his opponents but warned that his forces would be watching closely because it was dangerous for one party to have “the total monopoly on Moldovan politics”.

Wedged between Ukraine and EU member Romania, the country of about 2.6 million has long been divided over closer ties with the European Union or maintaining Soviet-era relations with Moscow. With lawmakers loyal to 46-year-old Dodon blocking Sandu’s promises of reform after her election win in November, she dissolved parliament and scheduled the snap vote. The 49-year-old former World Bank economist’s promises of honesty and competence resonated with many Moldovans, who in recent years have seen their nation rocked by political crises and corruption scandals. “I’m glad that new politicians have come. I hope they will do something for people, not only for themselves,” Katerina Zhevelik, a 57-year-old bus conductor, told AFP in Chisinau on Monday. “I hope these ones will not steal, will not get spoiled in power, but will remain honest, decent people,” she said.

“This is a test for Sandu and her government,” Alexei Tulbure, a political analyst and the country’s former ambassador to the United Nations, told AFP. “This government will have to show very quickly that it is more effective than the previous one” and start moving ahead with reforms, Tulbure said. Sandu, who also served briefly as prime minister, has for many Moldovans become “a symbol of change”, he said. Moldova’s diaspora — which accounts for more than a third of the country’s eligible voters and widely backed Sandu during the presidential election — cast more than 200,000 votes compared to a record figure of 262,000 in the second round of the presidential election. Long queues formed outside the polling stations abroad Sunday and some voters – particularly in Germany and France – reserved a seat from Saturday evening, media in Moldova reported. Observers had said a win for Sandu’s party would be a blow to Russia, which wants Moldova to remain in its sphere of influence. “Even with a parliamentary majority, it will not be easy to carry out her grandiose plans for in-depth change,” independent analyst Victor Ciobanu said. “There will be severe opposition” from the pro-Russian side, he said. “If Sandu succeeds, then this is an indisputable break with Russia,” Tulbure said.