Hosting the Olympics amid a global pandemic 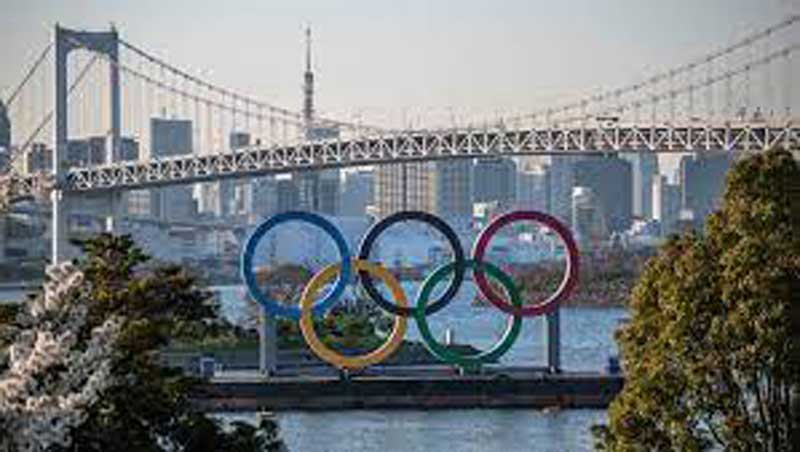 It was the year 2013 when Tokyo defeated cities of Istanbul and Madrid to win the rights to stage the 2020 Summer Olympics. I was very excited as I wanted Japan to win the hosting rights for the 2020 Olympics. Tokyo previously hosted the 1964 Summer Olympics. During my 24-year career in sports journalism, I have travelled almost in very corner of the world many a time for coverage of mega events like cricket and hockey World Cups, Olympics, Asian Games, Commonwealth Games and many other major events involving other individual sports. But I have never been to Japan, the land of the rising sun, as I never got an opportunity. After covering the 2016 Olympics in Rio de Janeiro in Brazil, I had a meeting with the Pakistan Olympic Association President and Secretary General and made a request for media accreditation for the Tokyo Olympics 2020, which they happily accepted. I was all set to visit Japan in 2020 when the COVID-19 pandemic hit the world and the Games were postponed to 2021. It was heartbreaking and shattering not only for me but also the entire world. This was the first such delay in the Olympic Games’ 124-year modern history. The postponement marked the first break in the four-year cycle for the Summer Olympics since the 1940 and 1944 Games were cancelled because of World War II. Keeping my fingers crossed, I started waiting for July 2021 when I would be able to travel to Tokyo. But unfortunately, despite taking strict precautions, I was diagnosed with COVID-19 in the third week of April 2021. The coronavirus hit me quite hard and affected my lungs. I was admitted in a hospital and remained there for five days. My health condition deteriorated and for the next two months I was bed ridden and on a very strong medication. All my plans for Tokyo evaporated due to my health condition. I was heartbroken but could do nothing about it. With only 12 days left for the start of the mega event, I hope that Japan, along with the International Olympic Committee (IOC), would be able to hold the Games in a successful manner in this difficult time.

The global value of the sports industry is estimated at US$756 billion annually. In the twenty-first century, the economic stakes are sky-high for Olympics host cities. It is no surprise there is such a determination to make Tokyo happen.
Three-quarters of the IOC’s revenue comes from broadcast deals for the Olympics. Almost all the rest comes from sponsorship linked to the event. In turn, the international sports movement relies on the money the IOC then distributes

We all know that sporting events around the globe are heartwarming, thrilling, inspiring and rejuvenating simply because no other social event creates an atmosphere which is generated by sporting events. These events bring together a cross section of sportsmen, officials and other categories of individuals on a platform of freedom, happiness and uninhibited friendship. The Olympic Games is the world’s biggest sporting festival. Biggest in the numbers of its competitors, its spectators, the global reach and television coverage. During its brief history of just 120 years, the world’s great cities have sought right to host it and generations of men and women have willingly dedicated years of their lives in efforts to be part of its quadrennial celebrations. Some have done so for gold, silver and bronze medals and the prestige those bestow on their winners. Some only for the privilege and pleasure of taking part because, in the words of the Olympic Creed: “the important thing in life is not the triumph, but the fight, the essential thing is not to have won, but to have fought well.” All have played their part in ensuring that this modern adaptation of an ancient Greek festival, the brainchild of French aristocrat Baron Pierre de Coubertin seeking to promote the importance of sport in education, not only survives but continues to surpass itself in its success.

Since the global pandemic began, debate has raged over whether Tokyo should go ahead with the Olympic Games, now set to open on July 23. The same heated debates were heard the last time an Olympic Games were staged following a global pandemic — the 1920 Summer Olympics in Antwerp. The IOC strongly believed the Olympics would help bring the world back together — not just after the devastating Spanish Flu pandemic that killed at least 50 million people, but also the tumult of the World War I. Only six months after the armistice that ended the conflict — and in the midst of the pandemic — the IOC called an extraordinary session to award the 1920 Olympics to Antwerp in recognition of Belgium’s suffering. And the Antwerp Olympics 1920 went ahead, despite the challenging circumstances, and were successful. The 1920 Olympics clearly operated as a comforting factor for a world that was heavily hurt by the interconnected war and pandemic. In brief, the entire 1920 Olympics were symbolized by the societal need to deal with the war and find peace with the horrible things that happened over the past years.

Since the dawn of the 2021, uncertainty has been persisted over the Olympic Games with many countries urging Japan and the IOC to cancel the Games due to global health crisis. But the IOC and Japan remained adamant to hold the Olympics and Paralympics at all costs. So far, Japan has escaped the worst of the coronavirus pandemic, with far fewer deaths than the tragic numbers suffered in other parts of the world. Japan’s dream is to deliver the most environment-friendly Games in history and set a shining example for future host countries to follow. While the global health crisis has now forced Japan to hold the Games under a state of emergency, the organisers nevertheless are looking forward to delivering a sustainable Olympics.

The global value of the sports industry is estimated at US$756 billion annually. In the twenty-first century, the economic stakes are sky-high for Olympics host cities. It is no surprise there is such a determination to make Tokyo happen. Three-quarters of the IOC’s revenue comes from broadcast deals for the Olympics. Almost all the rest comes from sponsorship linked to the event. In turn, the international sports movement relies on the money the IOC then distributes. Insurance is understood to give the IOC significant protection against some losses in the event of a cancellation, and the organisation can fall back on its reserves. But with mounting controversy over China’s hosting of next year’s Winter Olympics, with campaigners putting pressure on the IOC’s sponsors over the country’s alleged persecution of Uighur Muslims, many would be much more comfortable with Tokyo hosting the first post-Covid Games than Japan’s rivals and neighbours in Beijing. With billions of dollars having been spent on the renegotiation of contracts and added security measures, taking the overall official cost up to more than $9 billion, and national pride on the line, no wonder the Japanese Government is so determined to press on, even if recent polls suggest significant unease among the public.

At the same time, Japan’s efforts to host the Olympics in Tokyo have been closely tied to the concept of recovery from catastrophic events. The Japanese Government has dubbed the 2020 Tokyo Games the “Reconstruction Olympics,” referring to the country’s recovery following the 2011 earthquake, tsunami, and nuclear disaster. But the Japanese public remains resolutely opposed to the Olympic Games, amid fears that the influx of athletes, sport officials and journalists could worsen the continuing COVID-19 outbreak in Tokyo and other parts of the country. The International Olympic Committee and Tokyo 2020 organisers, however, remain steadfast in their resolve to continue with already delayed Games. The final preparations for the event are taking place even as anti-virus measures remain in place in large parts of Japan, but Olympics organisers and the Japanese Government are promising stringent protocols to prevent the 93,000 Olympics visitors from worsening the country’s outbreak. A downsized Tokyo 2020, in which the voice of the athletes and the health of everyone involved is put at the forefront of attention, could give the Olympic Movement a new élan of international meaning and relevance. They say the Games will serve as a beacon of humanity’s resilience and its supposed triumph over the pandemic. The competition is now shaping up to be the most expensive Olympics ever and will be the first to take place during a pandemic.