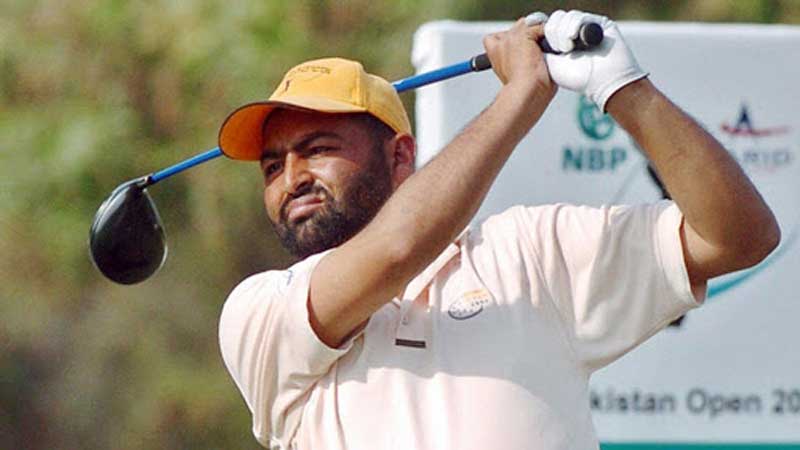 KARACHI: The 25th CNS Open Golf Championship came to a decisive conclusion on Sunday at the historic Karachi Golf Club after four rounds (72 holes) of combat amongst accomplished professionals with Muhammad Shabbir of Islamabad, the number one ranked golf professional of the country, showing abundant vehemence and forcefulness to lift the coveted title. In this opening event of the national golf calendar for the year 2021-22, Shabbir managed to emanate as the champion, once again. At the start of the final round on Sunday, his main adversaries were two: overnight leader Matloob Ahmed and flamboyant young one Ahmad Baig. During the course of competitive play in the final round, the run of play was controlled by the masterly Shabbir and the competent and triumph seeking Ahmad. As for Matloob, he encountered blemish oriented shot making and pretty early in the round lost his chance of a charge to the title. As against him Shabbir and Ahmad remained the front runners throughout the 18 holes head to head contest. Their tee shots were forceful and precision oriented backed by flawless approach shots that resulted in the ball landing on greens, mostly within five to six feet of the flag stick. And that made putting uncomplicated and fetched either birdies or regulation pars. And as the competition proceeded, the touch of the champion was admirably visible in these two combatants right till the 18th green. At the 18th tee, Ahmad was level with Shabbir. Both had good tee shots backed by modest approach shots. But then Shabbir managed an excellent six foot putt while Ahmad missed a four-footer and thereby handed over victory to his senior opponent.

Though Shabbir became the man of the moment, it can be stated that Ahmad played exceptionally well and showed that he possesses all the traits of a champion. The final scores for Shabbir were 69, 67, 71 and 69 and a total aggregate of 276, twelve under par. For Ahmad, the scores were 72, 67, 70 and 68 and a championship aggregate of 277, eleven under par. Matloob managed to end up third in the championship with four rounds score of 280, eight under par. Other aspirants who ended up well were Muhammad Alam (PAF Skyview) with a score of 281. Fifth position went to Mohammad Munir (Rawalpindi) at a score of 283 followed by Waheed Baloch of Karachi Golf Club, the score being 284. The best amateur of the championship was Yashal Shah, his scores for the four rounds being 82, 74, 78 69 with the aggregate score being 303. The second gross prize in amateur category was won by Omar Khalid of Karachi, his scores being 78, 72, 76, 78, total adding up to 304.