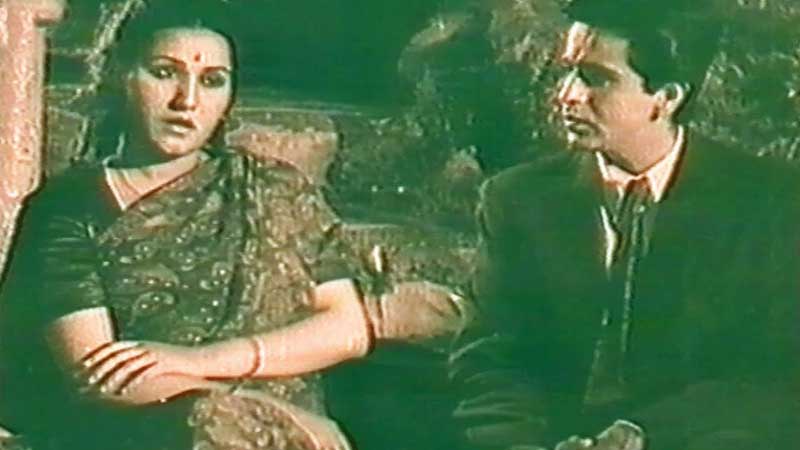 Before Partition in 1947, Noor Jehan was the singing sensation who featured prominently in Indian films. She had worked with Dilip Kumar in Jugnu, which was one of Dilip saab s earlier films.

Noor Jehan’s daughter while talking to an Indian media channel said that “Dilip Kumar and my mother Noor Jehan were friends. They met when they both were teenagers and were working in the film ‘Jugnu’. I think it was Dilip saab s second film, my mother, by that time, was quite well known and was expecting her second child. Tab se unki pyaar aur dosti thi; there was this mutual respect and love.”

She further added “When my mother went to India for a concert, Dilip saab went on stage to announce, Madam, aap 35 years baad India aayee hain, aur hum 35 saal se aapka intezaar kar rahe hain’. That was very sweet. There is also a small interview on YouTube, which Dilip saab himself had hosted. It was the first time he was interviewing somebody. In that interview, you can see the love and affection and the friendship that the both of them shared with one and another.”

“Dilip saab loved music and used to speak so beautifully! That is probably the real reason for that additional affection he had for my mother. When my mother went to India, he would tell her to sing Dil Hi Dil Mein Sulag Kar Bujhe Hum, which was a difficult ghazal, but also his favourite. The time that she was in India, Dilip Kumar and Yash Chopra had hosted her in Bombay. There are a lot of memories of Dilip saab and my mother; Sairaji was lovely to my mother too. They had met numerous times and acknowledged one another as great friends”. Nazia said.