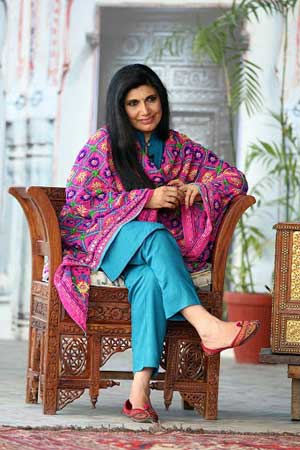 Fouzia Saeed, author and the director-general of the Pakistan National Council of Arts, has regained consciousness after five days.

Fouzia was critically injured in a road accident on July 5. It took place during her tour to Balochistan, according to the PNCA. She was taken to a hospital in Quetta.

On July 7, Fouzia was moved to Islamabad and placed in the ICU. The PNCA had announced she was on the road to recovery.

On Wednesday, Fouzia was moved to Islamabad and placed in the ICU

Fouzia was appointed by PNCA in 2020. She is known for her services to culture for over 30 years. She has been the deputy director at heritage museum Lok Virsa and served as a gender adviser for the United Nations Development Programme as well.

Fouzia has written many books on women’s rights and social problems. Forgotten Faces, Fouzia’s work on the women of Pakistan’s folk theatre, has received acclaim for being one a kind.

She has a PhD in Education from the University of Minnesota, United States.